Outlaws Look to Cherokee and Lavonia 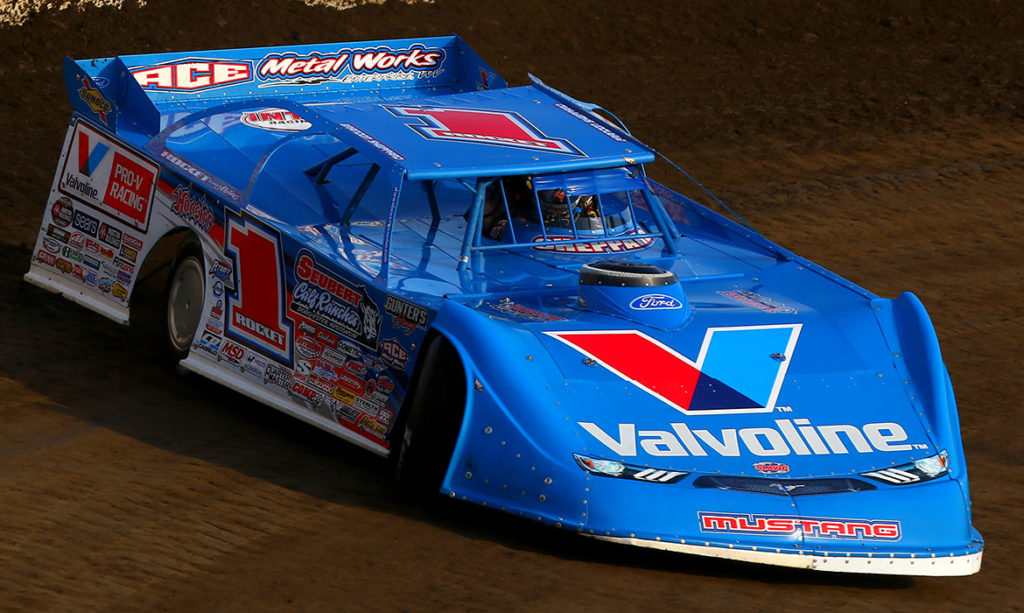 GAFFNEY, SC — After a thrilling two-day Illini 100 at Farmer City Raceway, the World of Outlaws Morton Buildings Late Model Series enters a challenging stretch of the season with back-to-back races on Friday, May 3, at Cherokee Speedway and Saturday, May 4, at Lavonia Speedway.

Riding his incredible wave of success out of Illinois, 2017 Series Champion Brandon Sheppard aims to keep the pressure building on his competitors as the now-three-time Illini 100 champion heads back to the Southeast hoping to extend his points lead over three-time Series Champion Darrell Lanigan and all of the World of Outlaws racers.

As it sits after the first 10 races, Sheppard holds a commanding 58-point lead over Lanigan with six wins, nine top-fives, 10 top-10s and an average finish of just 2.0. Lanigan boasts a second-best five top-five finishes and stands as the only other driver in the standings with no finishes outside of the top-10.

Since climbing back into his own Darrell Lanigan Racing No. 29 and rejoining the World of Outlaws tour earlier this year, it’s been all smooth sailing for the “Bluegrass Bandit.” But it’s the trips to Victory Lane that he’s after, and the improvements needed to get there are on the way.

“It’s been decent. We’re bringing out a new chassis and new motor program, so I’d definitely give it a B-plus,” Lanigan said of his progress so far in 2019.

The last Series visit to Cherokee Speedway was won by 2018 Series Champion Mike Marlar, one of five victories he had last year. Click here to watch the highlights from that race, courtesy of DIRTVision.

“We ran good there last year,” Clanton said. “That was one of our only top-two runs that we had last year, so we’re looking forward to going back and hopefully getting a win.”

Starting 2019 off strong with a win in the second round of the season opener at Screven Motor Speedway was just what the doctor ordered for “The Georgia Bulldog,” after going winless through 2018. But he said there’s definitely some room for improvement going forward.

“It’s not [been] bad. Probably a B, or a B-minus. Just because we got that win, doesn’t mean our cars are great,” Clanton remarked of his performance through the first 10 races. “But we’ve done a lot of changes in the past three weeks and it seems to be okay.”

Last weekend, the home-state stars shined bright in Illinois, as both Sheppard and Brian Shirley claimed victories in the Illini 100. At Cherokee, it will be “Smokey” Chris Madden’s turn to take center stage in front of his home-state fans. The Gray Court, SC-native currently sits third in Series points with four top-fives and eight top-10s, still looking for his first victory since the Late Model National Open at Selinsgrove Speedway in September of last year.

“There’s probably more pressure racing at home than there is out here on the road because everybody expects you to win,” Madden said about his homecoming. “Well, winning’s not that easy anymore, I don’t know if people realize that or not. When you win now, it’s a great achievement. I think we’re on the verge of getting a few wins here.”

After Cherokee, the Outlaws will saddle up for another 50-lap battle at Lavonia Speedway. The Series has two previous visits to the 3/8-mile oval – the first in 2014, won by Lanigan, and most recently in 2018 when Sheppard picked up his third win of that season.

“It’s definitely a lot different than what I’m used to. It’s red dirt, long straight-aways, tight corners,” Sheppard said of his win at Lavonia last year. “Definitely a really dirty racetrack, but I felt like it made for a pretty good race, especially in the feature when the track slowed down a little bit. It was definitely a fun place, and if they’ve got the track anywhere close to where they had it last year, it should be fun again.”