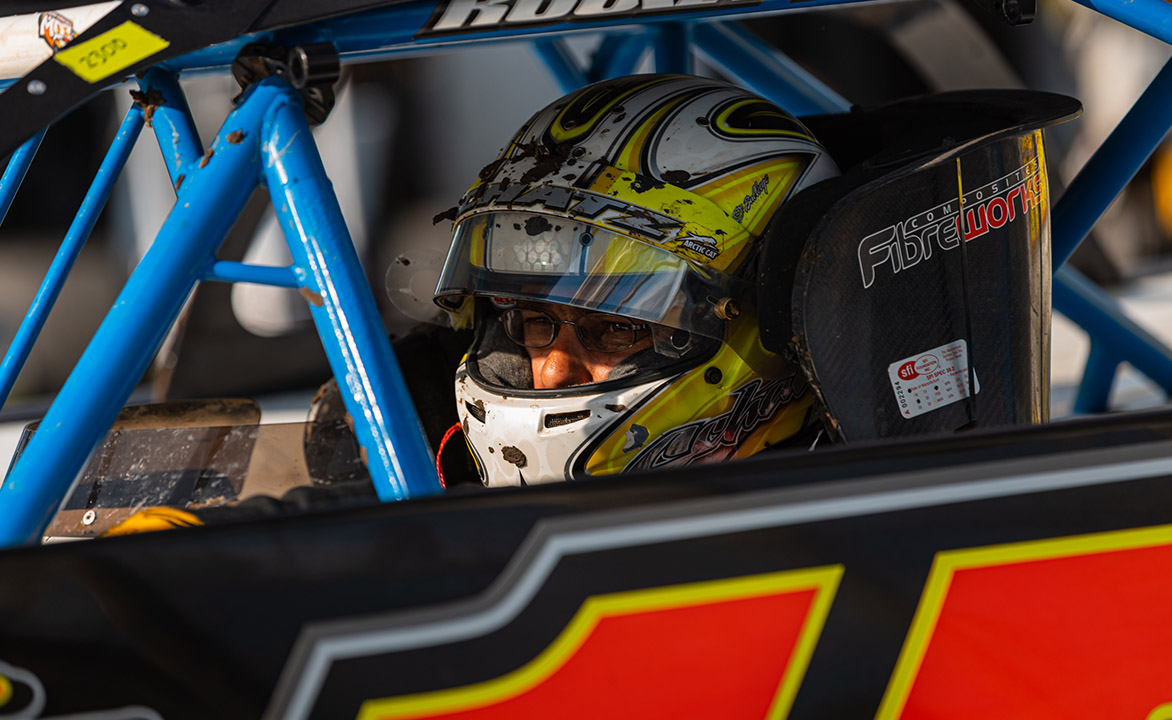 Tim Hunt
The 10-time World of Outlaws Sprint Car Champion is in contention for his 300th career Sprint Car win and 11th title
By Nick Graziano | November 1, 2020 at 7:45 pm

Donny Schatz will join Kyle Larson in having an extra shot of fun during the Nov. 4-7 World of Outlaws Last Call at The Dirt Track at Charlotte.

He’ll break out his own #15 Late Model to compete with the World of Outlaws Morton Buildings Late Models, Wednesday and Thursday, before stepping behind the wheel of the Tony Stewart/Curb-Agajanian Racing #15, Friday and Saturday, to contend for his 11th World of Outlaws NOS Energy Drink Sprint Car Series title.

“The Late Model is something I’ve enjoyed for quite sometime,” Schatz said. “Charlotte gives us a perfect opportunity. Two nights of Late Models. Two nights of Sprint Cars. I feel like we’ll have the best of both worlds and have a little fun. No pressure leading into the Last Call (with the Sprint Cars).”

Schatz enters the season finale weekend third in the Sprint Car championship standings with a 64-point deficit to points leader and reigning champion Brad Sweet. He wouldn’t call running his Late Model is a source of relaxation before the pressure is on with the Sprint Car, though. It’s more of an opportunity for him to enjoy a couple of extra days behind the wheel of a race car and get an early start on his 2021 DIRTcar Nationals preparations.

“I don’t know that it helps relax you, other than you enjoy to do it,” Schatz said. “That’s why first and foremost we’re all here. We’re here to enjoy it. To be able to go do it with those guys, obviously, doing it with those guys, I go to Florida (at Volusia Speedway Park) with them every year, so ending the season with them and hopefully gain a little experience and learn a few things. Maybe it’ll help us start off a little bit better in Florida (for DIRTcar Nationals). Any time you get laps with a good group, it helps.”

He’s made three Feature starts with the World of Outlaws Late Models this season, earning a top-10 finish in each event. Before this year, Schatz had one top-five and four top-10s with the Series in total.

In comparison to running his Sprint Car at Charlotte, there’s little to be learned from running the Late Model ahead of time.

“Charlotte is different for the Late Models,” Schatz said. “It’s really high speed, not super technical. The cars are so close from when I started racing them to today. It seems like fifteen pounds of spring rate here or there could be the difference between great and terrible. It makes it pretty touchy.”

He hasn’t had the opportunity to run as many Late Model events this season as he’d like, but if the schedules align right in 2021, Schatz wouldn’t mind going fender to fender with the likes of two-time and defending World of Outlaws Late Model champion Brandon Sheppard and 2004 Series champion Scott Bloomquist more often.

“It takes people to do this,” Schatz said. “All of these teams take people and I have a full-time guy that does his best keeping up with my Late Model when we can go. He goes 24 hours a day some days, so there’s only so many hours in a day and that’s what kept me from doing it this year and it may keep me from some next year, but we’ll get the schedule and see where everything is at.”

Before then, Schatz’s main focus will be on his Sprint Car at Charlotte. A win during the Last Call would hold significance for multiple reasons. It would give him a career milestone of 300 World of Outlaws Sprint Car victories, help him gain points on his championship rivals and be a good momentum builder for the 2021 season.

“For 15 years I’ve been in a championship hunt,” Schatz said. “You don’t ever want to lose that. Here we are. We find ourselves in that again and feeling damn good about it. If we win it, great. If we don’t, we’re not going to hang our heads. It’s been a trying year for everyone. We’ll just do our best to see where we end up.”

If you can’t make it to the track, you can watch all four nights live on DIRTVision.