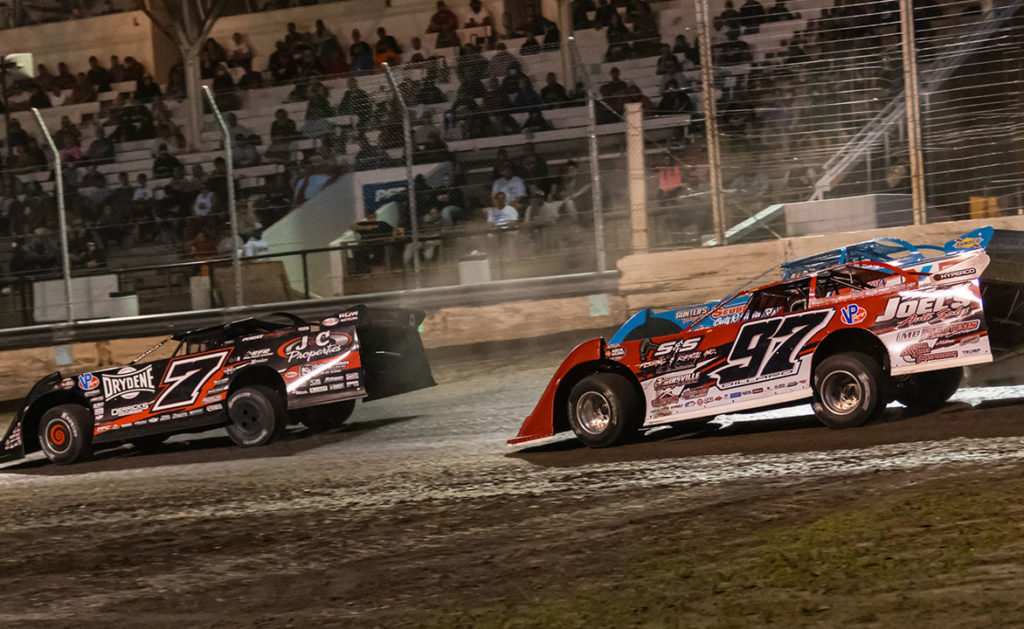 The World of Outlaws Morton Buildings Late Models are a month away from one of their most grueling stretches in 2021. Four races. Six days. Three states.

On the heels of a trip to Jackson Motorplex, The Most Powerful Late Models on the Planet make their first Tuesday stop of the season. They’ll visit Gondik Law Speedway in Superior, WI on July 13.

It’s the fifth time the World of Outlaws has visited the Wisconsin venue. Last year, three-time and defending Series champion Brandon Sheppard led all 50-laps to score his then 64th career Series win.

Joining the card that night is the speedway’s modified and hornet divisions.

After a few days off, the Series moves to River Cities Speedway in Grand Forks, ND on Friday, July 16. It’s the only trip to the Peace Garden state in 2021.

River Cities has held 12 World of Outlaws Late Models events. Former Series champions Tim McCreadie and Darrell Lanigan are tied with the most wins at the speedway (2).

The last time the Series visited the iconic bullring in 2019, it was Sheppard who found Victory Lane. The “Rocket Shepp” stole the lead from 2015 Series champion Shane Clanton early in traffic and held off a late charge from Ricky Weiss to score the victory.

NOSA Sprints and Street Stocks will join the World of Outlaws Late Models in action that night.

On Saturday, July 17, the World of Outlaws return to Minnesota for the third time in eight days, visiting the I-94 Sure Step Speedway. It’s the first time the Series will make an appearance at the Fergus Falls, MN track.

Joining The Most Powerful Late Models on the Planet are the Modifieds and Street Stocks.

The weekend finishes up with a trip to Menomonie, WI for the Rumble at the Red Cedar at Red Cedar Speedway on Sunday, July 18. It’ll be the Series’ second at the venue.

The 2019 Feature saw a thrilling finish, as Chase Junghans held off Clanton in an epic duel for his third career World of Outlaws victory.

Fans who attend any of these four events will witness Brandon Sheppard’s chase for history. The New Berlin, IL driver is trying to catch Josh Richards for the most wins all-time (78), and most Series championships with (4).

The driver with the best chance to dethrone the “Rocket Shepp” this season is Chris Madden. “Smokey” is 46 points behind Sheppard, and has more World of Outlaws wins than anyone in 2021(4).

Another driver they’ll have to contend with is Ricky Weiss. The Upper Midwest swing is the closest he’ll come to his Headingley, MB home. Weiss hopes to bring the house down with a victory, as the Canadian driver is a fan-favorite when the Series travels to that part of the country.

Sheppard, Madden, and Weiss will also have to battle Rookie of the Year contenders Tyler Bruening and Ryan Gustin, along with Cade Dillard, Boom Briggs, Dennis Erb Jr., and Brent Larson as they fight to climb up the standings.