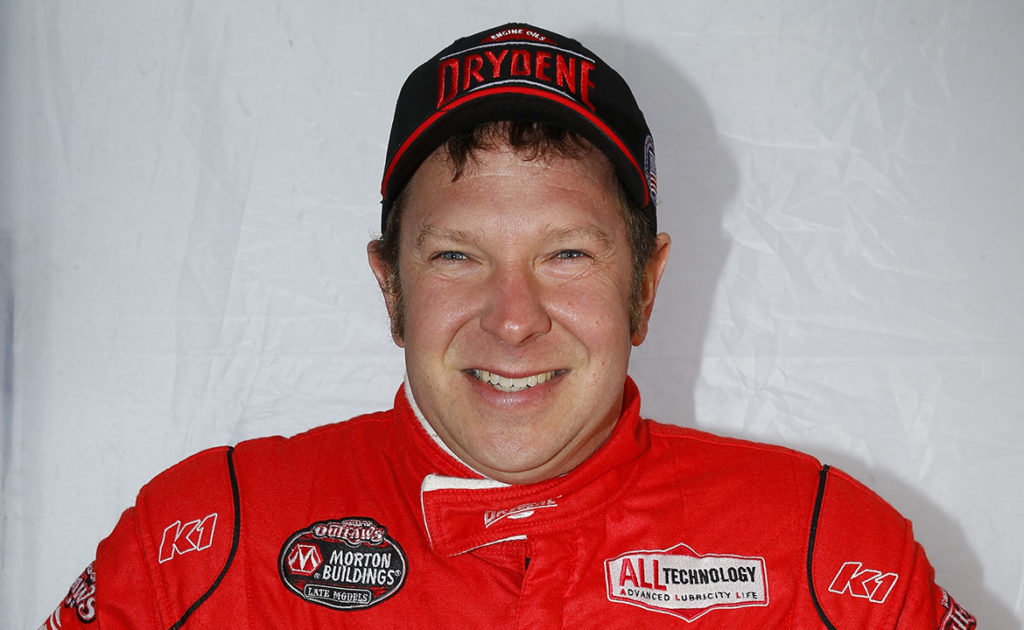 JONESTOWN, PA – Drydene Performance Products, the makers of automotive, commercial and industrial lubricants, announced today an agreement with driver Brent Larson and Larson-Ranta Motorsports to serve as the exclusive sponsor for the team as they compete in the World of Outlaws Morton Buildings Late Model Series for the 2019 season.

“The partnership with Larson-Ranta Motorsports and the addition of Brent to Team Drydene rounds out our commitment to dirt track racing and the most passionate fans in the world. With primary sponsorships of cars in both the Late Model and Sprint Car series, being the Official Oil, Lubricants and DEF sponsor of the World of Outlaws, and television, radio, online and at track activation, Drydene has a solid foundation in the sport to continue to build the Drydene brand with fans at all levels,” said Dave Klinger, President of Drydene Performance Products.

I’m really thankful and excited about the exclusive partnership with Drydene Performance Products, they are such a great group of people with awesome products,” said Brent Larson. “We share the same values in our desire to win and perform at the highest levels and having Drydene onboard speaks to their commitment to us and to the sport.” Larson, who is represented by motorsports marketing agency Drive Motorsports International, who brokered the deal, continued, “I’m honored to be representing a brand like Drydene, the dyno results and performance testing is outstanding, their oil products will help us be the best that we can and chase that podium, we’re really positive about this season and can’t wait for the first race to start!”

Headquartered in Jonestown, Pennsylvania, Drydene Performance Products serves as the primary sponsor of Shark Racing’s 1a and 1s in the World of Outlaws NOS Energy Sprint Car series driven by Jacob Allen and Logan Schuchart respectively, and owned by Sprint Car Hall of Famer Bobby Allen. Drydene also has a multi-year partnership with the World of Outlaws as the Official Motor Oil and the Official Diesel Exhaust Fluid (DEF) of both the Sprint Car and Late Model Series, and the presenting sponsor of DIRTVision.

ABOUT DRYDENE PERFORMANCE PRODUCTS
For over a century Drydene lubricants have been made in America and made to last… paving the way on our highways, in our fields and on the production line. In the dawn of American industry, Drydene was there as we built our first roads, laid the blocks for our first factories, spanned rivers with new bridges and rail. And we’re still right here today doing what we do best; helping America Get the Job Done. Drydene products are built with ALL Technology®, Advanced Lubricity Life chemistry, to meet and exceed today’s modern automotive, heavy duty and industrial needs. Drydene offers a complete line of automotive, commercial and industrial lubricants: • Engine Oils • Diesel Exhaust Fluid • Transmission Fluids • Grease • Hydraulic & Gear Oils For more information, visit www.drydene.com or follow us on Facebook: TeamDrydene, Twitter: @TeamDrydene and Instagram: TeamDrydene.