CADE COMES BACK: Dillard Determined to Continue Rapid Rise with World of Outlaws in 2021 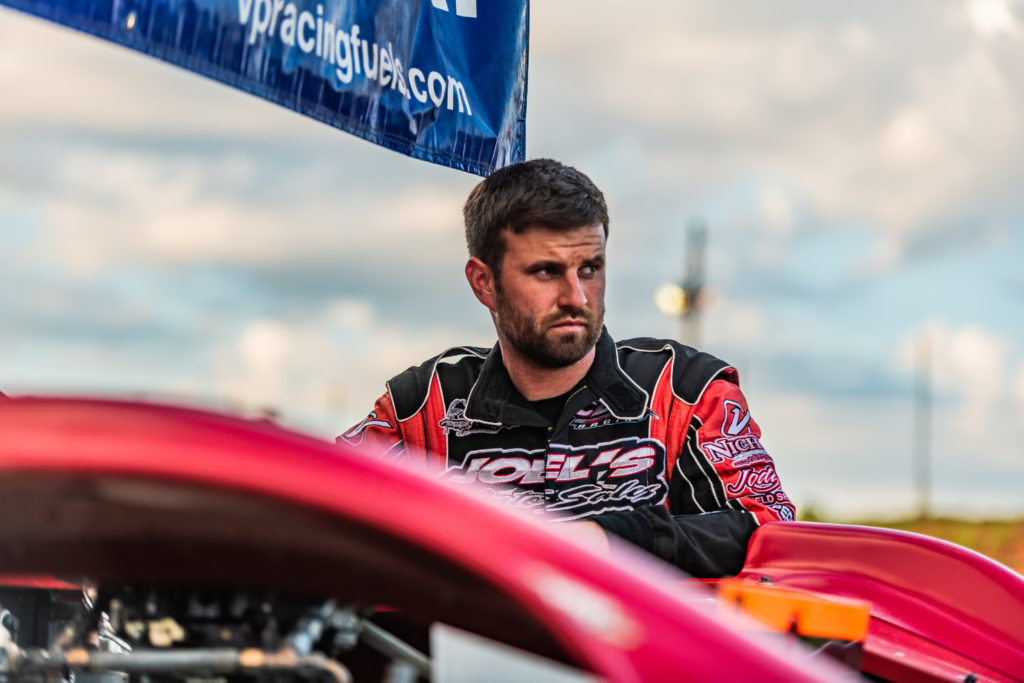 What’s next? How ’bout a championship.

After surging up the standings and becoming a contender night-in and night-out in 2020, Cade Dillard of Robeline, LA will return to the World of Outlaws Morton Buildings Late Model Series with titles hopes in 2021.

“This was just an amazing year for me,” Dillard noted on his stellar 2020 season. “The achievements and accomplishments we found this year have been a dream come true. Some of the stuff we’ve been able to do, I would’ve never imagined it was possible for me in a million years. I was blessed with a lot of great opportunities this year. To be in the top three with Brandon and Ricky is a huge honor, but now we have to build on that. I’m excited to take this package we built from the summer on and get a full season under our belts with it in 2021.”

A campaign chalked full of memorable moments, Dillard’s sophomore season kickstarted in a big way with his first-career World of Outlaws win coming in the form of a $15,000 payday over Brandon Sheppard at Vado (NM) Speedway Park in January. Not done yet, the 29-year old father of two had more up his sleeve when he banked the biggest win of his life with a $30,000 score at Lernerville (PA) Speedway‘s Firecracker in June.

His incredible climb from seventh-to-third in the point standings – which earned him the Drydene Blood, Sweat & Gears Award – was backed by a season-long effort which included 24 top ten finishes, 13 top five results, 12 heat race victories, five last chance showdown wins, two feature triumphs, and 121 laps led, all amongst the top five in their respective categories.

It was a remarkable recovery from what he considered himself an underwhelming rookie effort in 2019. After losing Rookie of the Year honors to Ricky Weiss that season, Dillard reloaded and came back swinging for the fences in 2020. He nearly completed a late-season charge to steal the runner-up spot in the standings from Weiss, and proved on a handful of occasions that he was up for the task of facing Sheppard and Rocket1 Racing on any given night.

Standing out amongst the many highlights anticipated in 2021 is one particular event for Dillard: a home state race. For the past two years, the Robeline, LA native has traveled all across the country from Florida to New York and North Dakota to Georgia, but next September he’ll be the one playing on home turf when then the World of Outlaws Late Model Series make their first stop in Louisiana since 2007.

Heading to Revolution Park Speedway on Friday and Saturday, September 24-25, Dillard – who hails just two hours away from the Monroe, LA facility – will lead The Most Powerful Late Models on the Planet into a doubleheader which capsizes with a cool $20,000-to-win finale.

“I can’t tell you how cool it is to finally get to race with the Outlaws in my home state,” he excitedly admitted. “Knowing I don’t have an 18-hour haul to Pennsylvania, but instead a quick drive up the road to Monroe makes a huge difference. Plus the opportunity to race in front of family, friends, and all of my sponsors is something I don’t take for granted. I can’t wait for next September to roll around so we can get to Revolution Park.”

Before his home state race comes about in September, Dillard’s championship chase with the World of Outlaws Morton Buildings Late Model Series starts with seven straight nights at Volusia (FL) Speedway Park. The Volusia trip is highlighted by a new standard purse for the Outlaws, which offers up more money in a breakdown that pays out $10,000-to-win, $2,000-for-tenth, and $1,000-to-start.

It all begins with the Sunshine Nationals on January 14-16 and runs into the DIRTcar Nationals on February 10-13. Fan can BUY TICKETS HERE for both events.

If you can’t make it to the track, you can watch Every Lap LIVE on DIRTVision.