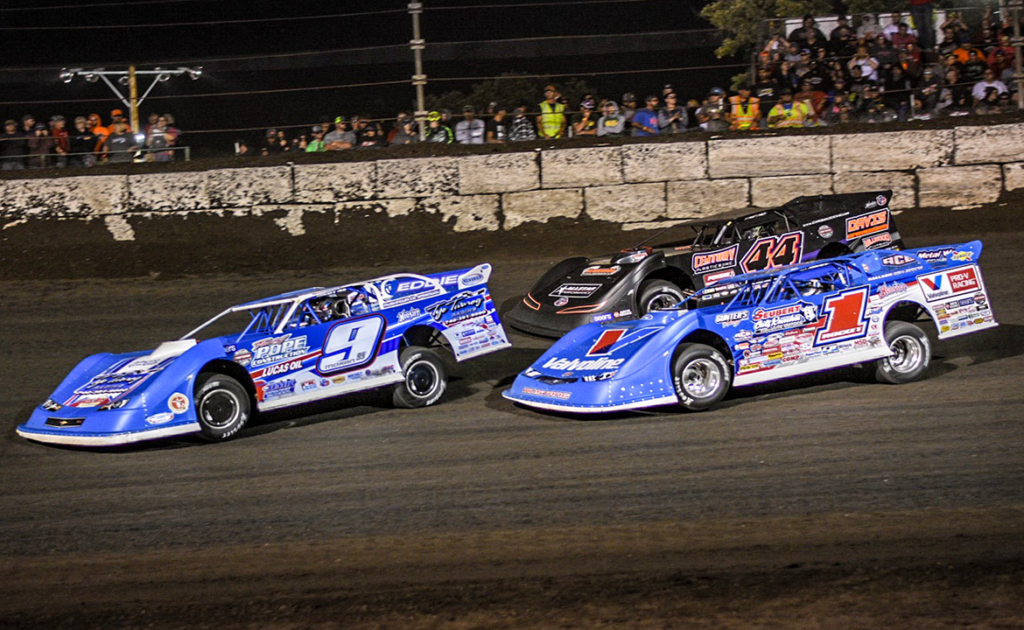 The World of Outlaws Morton Buildings Late Model Series is getting set to kick off one of the biggest Dirt Late Model races of the year, the Prairie Dirt Classic presented by Bank of Pontiac at Fairbury Speedway in Fairbury, Illinois, July 26-27.

This high-profile, two-day event boasts a $30,000 winner’s share, $1,500-to-start and one of the most unique formats the Outlaws will see all season. Now in its 30th anniversary year, this event is shaping up to be another one for the record books, now with owner/promoter Matt Curl back at the helm of track operations. Curl stepped away from his promotional duties at the track last year to come aboard the World of Outlaws as the Late Model Series Director before purchasing the track and reclaiming his promoter title in the winter of 2018.

Last year’s race was an epic battle between two young gun, second-generation pilots of blue Rocket Chassis. Devin Moran grabbed the lead away from Brandon Sheppard on lap 41 and duked it out through lapped traffic with the Rocket1 Racing driver before pulling away late to seal the victory and his first win at Fairbury. The victory served as Moran’s fourth career World of Outlaws win and second of 2018.

Mike Marlar dug out of a hole, which was as deep as 19th at one point, over 100 laps to come all the way up to second while Sheppard hung on for third. Marlar went on to win once more at Port Royal Speedway that season before capturing his first World of Outlaws championship at The Dirt Track at Charlotte in November.

This year, the exciting, new race format returns with all the Showdowns, Shootouts and Feature racing action you can handle over two days with almost $130,000 in Late Model racing prize money being awarded over the weekend.

Every driver will hot lap, qualify and be placed into one of four total Prairie Dirt Showdown Features, similar to heat races, on Friday night. Each of the four winners from the Showdowns will redraw for the top four positions in Saturday’s main event, while the runner-up drivers will do the same for starting spots five through eight. Drivers who finish in positions three and four will make up starting spots nine through 16.

So far this season, Sheppard has been on a tear unlike any other the World of Outlaws has ever seen in its 18-season history, racking up an incredible 13 wins in 23 races. He’s currently on pace to break the Outlaws single-season wins record of 18, which he tied in 2017. Richards set the bar at 18 just one season earlier before being replaced by Sheppard in the Rocket Chassis house car for the 2017 season. After winning the Prairie Dirt Classic as a part of that championship-winning year, Sheppard now looks to get car owner Mark Richards the third Prairie Dirt Classic title of his storied career.

Sheppard also leads the World of Outlaws points standings by a staggering 206 points over three-time Series champion Darrell Lanigan. Lanigan, who has never won the PDC, leads frontrunning Rookie of the Year candidate Ricky Weiss in points by 18 markers, while two-time winner this season, Shane Clanton, and most recent winner Chase Junghans make up spots four and five.

Joining the Outlaws at the track on Friday and Saturday will be the DIRTcar UMP Modifieds, as they wrap up the DIRTcar Summit Racing Equipment Modified Nationals tour, where the battle for the championship has once again come down to the final race at Fairbury. Points leader Nick Hoffman, second-place Tyler Nicely and defending champion Mike Harrison will duke it out against the rest of what’s sure to be a jam-packed field of DIRTcar Modifieds for the Series championship and a chance at the $5,000 Feature victory on Saturday night.

Tickets for the World of Outlaws Morton Buildings Late Model Series “30th annual Prairie Dirt Classic presented by Bank of Pontiac” at Fairbury Speedway can be purchased at the track on race day or by visiting fairburyspeedwaytickets.com.