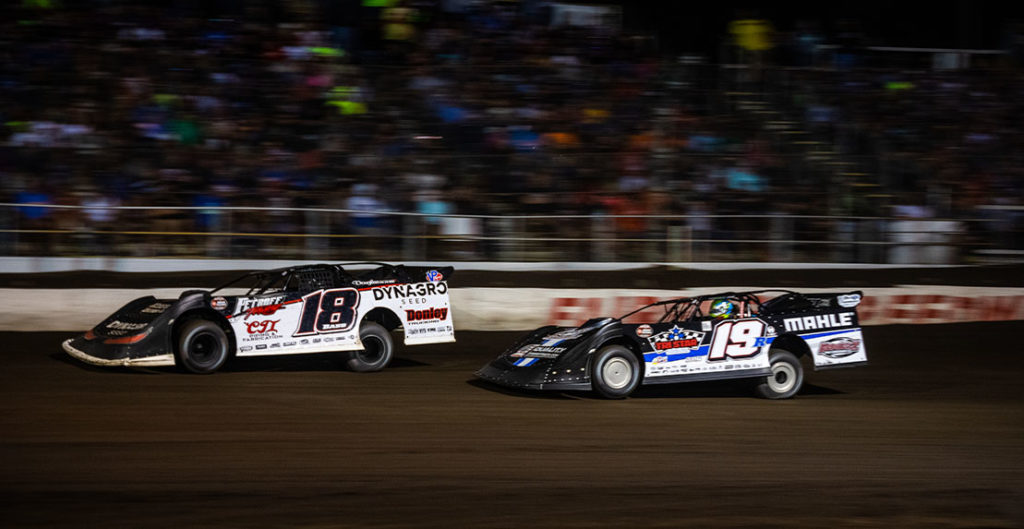 The final weekend in July boasts one of the most highly-anticipated events on the World of Outlaws CASE Construction Equipment Late Models schedule—the 32nd Prairie Dirt Classic at Fairbury Speedway on July 29-30.

“It’s humbling to see just how big a growth we’ve been able to make this event over the last few years,” said Matt Curl, Fairbury Speedway track promoter and owner. “We’re kind of bulging at the gates. We really have the layout to make it a different atmosphere than some of the bigger crown jewels because it is land locked a little bit with as many Late Models as we’re expecting.

“Of course, we have the DIRTcar [Summit Racing Equipment] Modifieds, and we’ll touch 8,000 people here at the end of July. We’re just looking forward to that hospitality that Fairbury is known for and looking forward to a fantastic weekend of World of Outlaw racing at Fairbury.”

However, one driver on the cusp of a victory at the Prairie Dirt Classic is Oakwood, IL driver and current DIRTcar Summer Nationals point leader Bobby Pierce. The “Smooth Operator” narrowly missed a win in 2019, losing out to Sheppard on the final lap. The Prairie Dirt Classic is an event that means a lot to Pierce, who is hoping to join his dad Bob, who’s won the race five times, on the list of drivers reaching Victory Lane.

So far this season, the two drivers to beat on 1/4-mile tracks in Series competition are from Illinois. Four-time and reigning Series champion Brandon Sheppard and current point leader Dennis Erb Jr., of Carpentersville, IL, each have a win on that type of track, with Sheppard’s win coming at Jacksonville Speedway last weekend.