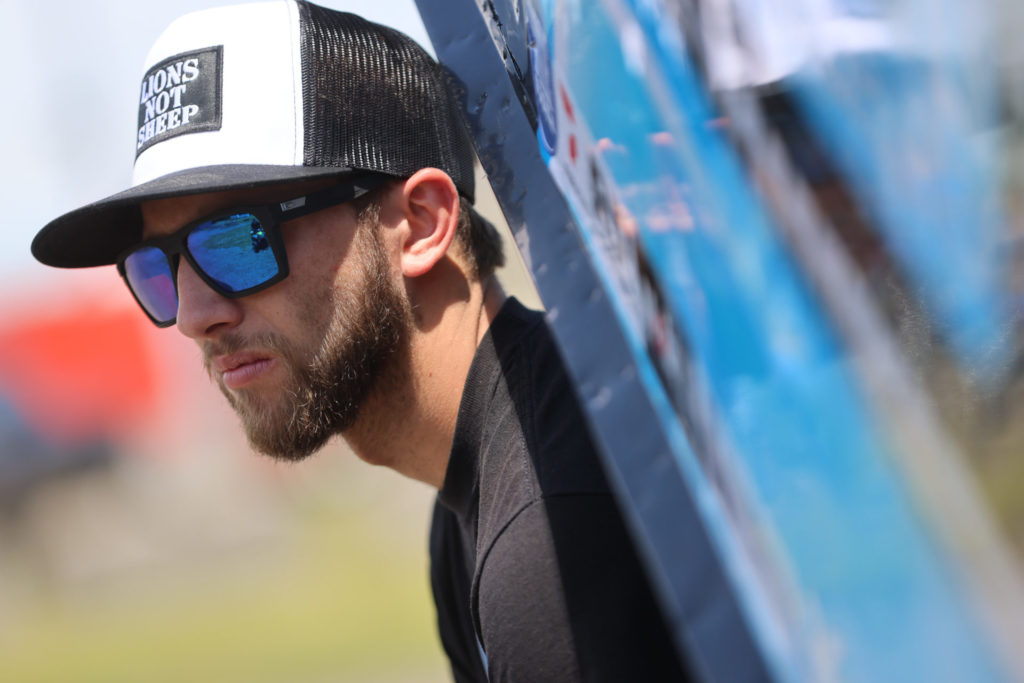 Five days ago Tanner Thorson and Reinbold-Underwood Motorsports were on top of the motorsports world as Chili Bowl champions. Now, they’re ready to focus on their next chapter with wings on top of the #19AZ.

Planning a 50+ race schedule with the World of Outlaws NOS Energy Drink Sprint Car Series in 2022, the team will begin working towards the goal of hopefully going full-time with The Greatest Show on Dirt in 2023.

“This is just all a part of the evolution to get to the highest level of racing, and for us, that’s the World of Outlaws,” car owner Andy Reinbold said. “It’s something we’ve been talking about for quite a while and we’re finally ready to do. We’ll be getting our feet wet with the wings this year, but we’ll still hit some of the big USAC shows along the way. I think the timing couldn’t be any better, especially coming off the Chili Bowl win.”

“The lofty goal is definitely to be full-time on the road with the Series in 2023, but obviously that depends on how this year goes first,” Reinbold added. “A lot of that just has to do with the finances of it all, and hopefully landing a sponsor granted our performance is what we expect.”

In limited action, Thorson has shown plenty of promise with the World of Outlaws. The Minden, NV native has appeared at 23 events with nine Feature starts from 2015-21 with three top-10 finishes to his credit. He established his career-best of second-place with an epic runner-up result from 13th at Silver Dollar (CA) Speedway, finishing behind only to 10-time Series champion Donny Schatz.

Since then, he’s earned the 2016 USAC National Midget Championship and enjoyed a breakout 2021 campaign with 12 total victories across USAC’s Sprint Car and Midget divisions. The 25-year-old gasser was also the 2019 Knoxville Nationals Rookie of the Year, driving a CJB Motorsports #88 entry.

Informally, Thorson also has the advantage of relying on and learning from his soon-to-be father-in-law Stevie Smith, who is currently 10th on the All-Time World of Outlaws Wins List with 84 victories.

“I love a challenge, and that’s exactly what this will be,” Thorson said. “I felt pretty comfortable and had some good runs when I ran wing stuff in the past, but I know this is going to be a different animal and it’s one I’m ready for. This is the best I’ve ever felt as a race car driver, so I’m excited to see what we can do.”

Thorson’s first of 50+ races with the World of Outlaws will come on March 4-5 at Cotton Bowl (TX) Speedway. The Reinbold-Underwood #19AZ team will then follow the Series throughout California at venues such as Tulare, Merced, Ocean, Bakersfield, and Perris, all tracks that Thorson cut his teeth on.

Of course, Crown Jewel events such as the Historical Big One, Kings Royal, Knoxville Nationals, Gold Cup Race of Champions, and more are also highlighted on their schedule this season.

Before Thorson links up with the Series in Texas, the 2022 World of Outlaws NOS Energy Drink Sprint Car season first begins only 21 days from now. It all starts at Volusia Speedway Park in Barberville, FL with the DIRTcar Nationals on Thursday-Saturday, February 10-12. Fans can BUY TICKETS HERE.

For those unable to attend any races this year, you can watch Every Lap LIVE on DIRTVision.

WHAT TO WATCH FOR: World of Outlaws Head to Texas for Cotton Bowl Doubleheader