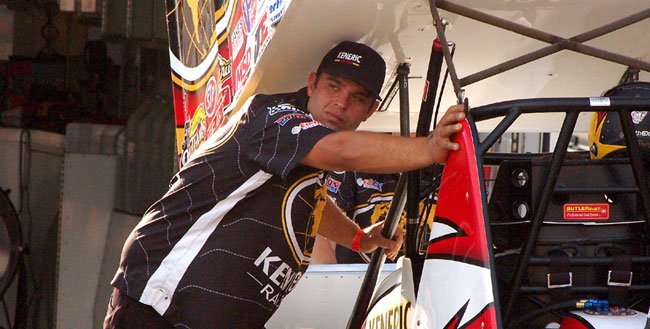 Throughout the season we will provide Q&As with team members within the World of Outlaws Sprint Car Series. This week we chose Shane Bowers, who is the car chief for Kerry Madsen.

Background: Shane has an impressive resume of crewing for a variety of top-notch drivers, beginning with P.J. Chesson. He has also worked with Brian Paulus, Tim Shaffer, Donny Schatz, Jason Meyers and Stevie Smith before the midseason move to Kerry Madsen’s team this season.

What is the biggest difference from being a crew member to a crew chief or a car chief?

“Mainly the responsibilities. Just all the pressures as far as performance-based and I guess the logistics of getting up and down the highway, hotel rooms, all that kind of stuff where just working on the car you don’t have any of that.”

What was the reason for changing teams this year?

“The biggest thing for me was just stability with all the stuff that was going on with the other team that I was working at. And I had known (Kerry Madsen’s crew chief) Rob (Hart) for a long time and always wanted to work with him. It just seemed like a good group of people to get involved with.

“The biggest thing to me coming over is it just seems like a really stable team. Good ownership, good mechanic, good driver.”

In your eyes, what embodies stability in sprint car racing?

“I guess it would all start with ownership. I got to meet one of the car owners in the past couple of weeks and he seems like a really good guy and talks a lot about the future. To me, that shows signs of stability.” 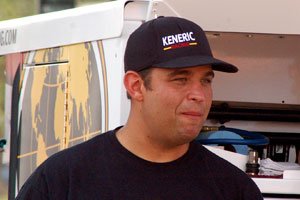 What about sprint car racing draws you to this career?

“I guess it’s just kinda in your blood. Me being from Pennsylvania, I’ve grown up around it my whole life. It is a lot of work and I guess underpaid for the amount of work you do, but to me the more we race the better.

“We would go to the races in Pennsylvania three nights a week. I actually just got hooked up with my first job with P.J. Chesson. I went and helped him a couple of times at the car wash and it ended up turning into a full-time job.”

What do you see down the road?

“I always want to be involved with sprint car racing. If it could fall into some kind of management role …. Eventually I’m going to need to cut back the time on the road. I have a family and a kid, so it gets tough being gone all the time. I definitely want to stay involved.”

How difficult is it to travel so much when your family stays home?

For more information about Shane and Kerry Madsen, visit KenericRacing.com. For more on the World of Outlaws, click WorldofOutlaws.com.