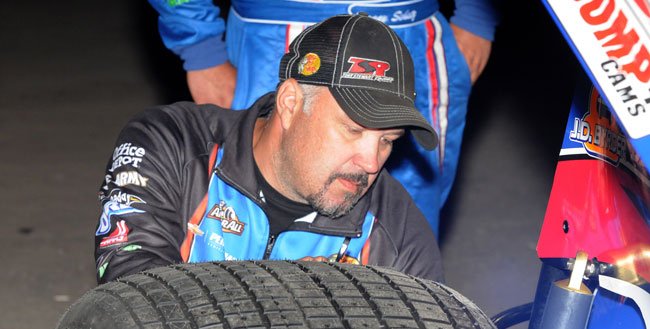 Throughout the season we will provide Q&As with team members within the World of Outlaws Sprint Car Series. This week we chose Rick Warner, who is the longtime crew chief for Donny Schatz.

Background: Rick started crewing when he was 18 years old and has spent most of his career working for teams on the World of Outlaws Sprint Car Series. He has crewed for Randy Wolfe, Jac Haudenschild, Andy Hillenburg, Tyler Walker, Joey Saldana and Donny Schatz, whom Rick has won four championships with since 2006.

What did you start doing as a crew member?

“Just tires and maintenance and stuff; doing all the grunt work. The year I worked for Randy I kinda got thrown into (a crew chief role). He didn’t have a lot of help, but I didn’t really know anything. He taught me a lot. It just goes from there. You get your first deal and either hope you know it or find somebody that does and become friends with him.”

What is the difference between a championship driver and a good driver?

“I think if you would have looked at both of us 10 years ago neither of us could put the whole night together like you need to. Don’s obviously matured over the years as far as driving and I’ve matured as far as stuff to do on the race car, when’s the right time to do it and when’s the wrong time to do it. You just mature at each stage of it. You just get better at it and learn what not to do, not so much what to do.”

What has been the biggest key for the team’s turnaround this season? 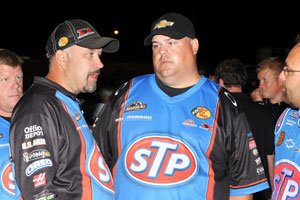 “The big thing is we got our motors running better and just kinda did some different stuff with the cars; little stuff, not anything big.

“The biggest thing is just getting the motors to run so you get qualified in so the rest of the night kinda falls in place. We weren’t getting qualified at the beginning of the year so a lot of our stuff we’d have to come from the back almost every night to get something or else almost kill yourself in the heat race to get to second. That’s made it a little better. I wouldn’t say it’s any easier, but we’re definitely headed in the right direction now.”

What is the biggest misconception about Donny Schatz?

“A lot of people don’t know how good of a guy he is. When he’s at the races he is there to race. He’s not there to go see his buddies and talk about other stuff. Other than that, when he’s away from the races, he’s just like one of your good friends. You can carry on, raise hell with him, have fun, whatever. But when you’re at the races you’re there to race.”

How would you compare this season to the years when the team has won the championship?

“The aero package was different for the cars on the wings, the tire package deal. I think he got real good at driving that and then when everything kinda changed, you really can’t teach an old dog new tricks. He had to learn some stuff along the way. I had to learn a lot of stuff. We had to kinda redo the way we communicated with stuff. You just kinda got to start over. A lot of people don’t think it changes that much stuff and it does.”

How do you approach the final few races of the season with the championship lead?

“You just keep racing like you do every night and try not to worry about any of that stuff. You just try to win the races, do the best job you can and don’t fall out of any races, and stuff will work its way out.”

For more information about Rick and Donny Schatz, visit TonyStewartRacing.com. For more on the World of Outlaws, click WorldofOutlaws.com.