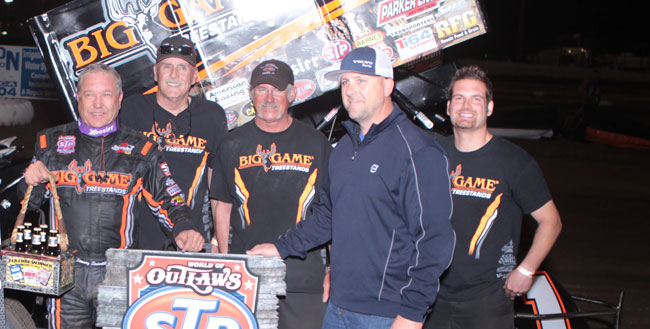 Throughout the season we will provide Q&As with team members within the World of Outlaws STP Sprint Car Series. This week we chose Brian Bloomfield, who is the crew chief for Sammy Swindell.

How different was spending time in IndyCar versus the World of Outlaws STP Sprint Car Series?

“Yeah, it was different. I didn’t really care for it. Not a lot of racing going from this to that, racing 80 times a year to 13 or 14 in more of a shop-based atmosphere from where we are out here on the road. This is more of my passion.”

What was the decision factor in working with Swindell?

“After you’ve done it for so long and had a lot of success with Jason, won two championships, I know that with Sammy and Big Game Motorsports that they have the funding plus Sammy has the drive as I do to go out there and win championships, win races and put the work in that’s needed to make that happen. I wanted to make sure I was in a spot to make that happen. We have the chance every night to win races.”

This season didn’t start out as well as predicted, but now that the team has the first win out of the way is there less pressure?

“I’d say it is because we struggled. We really weren’t where we wanted to be that first part of the season. New tires, new cars, me and him are new together. I think that we found some things and we’ve gotten where the car is more drivable for him. I think from now on out we’ve got a car we can work with now.”

What has been one of the more crazy things you’ve experienced being on the road? 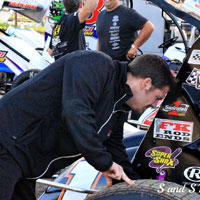 What is your best attribute as a crew chief?

“I think watching the car, communicating with Sammy and telling him what I see to what he feels in trying to get that extra bit out of the car to win races.”

What is a reasonable expectation for this season?

“I think definitely a reasonable thing would be to win a championship and win the most races. I don’t see there’s any reason that we can’t. I think I’ll have the same attitude at the end of the year. Some things are out of your control, but we’re going to try to control what we can control and go out there and try to win this championship and try to win as many races as we can.”

For more information about Brian and Sammy Swindell, visit SwindellMotorsports.citymaker.com. For more on the World of Outlaws STP Sprint Car Series, click WoOsprint.com.