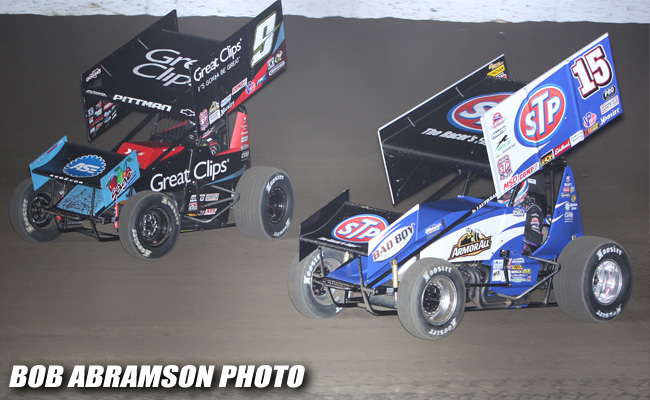 CONCORD, N.C. — Oct. 2, 2013 — Kasey Kahne Racing’s Daryn Pittman has led the World of Outlaws STP Sprint Car Series point standings from the opening day of the season in February, but Tony Stewart Racing’s five-time and defending series champion Donny Schatz is trying to close the gap as the Outlaws invade Williams Grove Speedway this weekend for the National Open.

Pittman leads the battle by a mere 52 points. The difference between finishing first and finishing last in an A-main is 48 points. However, a driver can earn as many as 5 points for setting quick time to 1 point for being fifth-quick, so each of the five remaining race nights is critical for both drivers.

Here’s a breakdown of how the top two contenders wound up in such a tight championship battle:

Now on Friday and Saturday night Pittman, Schatz and the World of Outlaws STP Sprint Car Series invade the PA Posse’s home dirt at Williams Grove Speedway for one of the biggest annual events on the schedule.