THE DUDE AND THE KID: Mason Daniel joining World of Outlaws full-time in 2020 with mentor Danny Lasoski 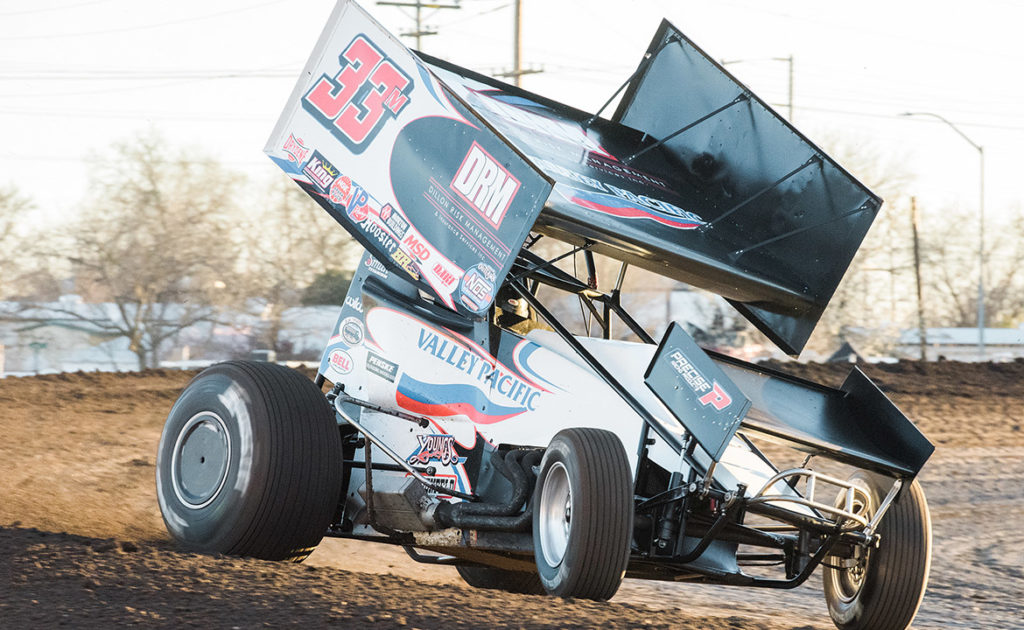 In 2020, 19-year-old Mason Daniel, of Springville, Calif., will join the World of Outlaws NOS Energy Drink Sprint Car Series as a full-time rookie contender with his own Mason Daniel Racing team.

He’s had a short racing career, so far, running his first Sprint Car race at the end of 2017. He picked up two wins in a 360 c.i. Sprint Car in 2018 and then transitioned to 410 c.i. cars this year, starting nine races with the World of Outlaws in 2019. He earned a career best 15th place finish at Dodge City Raceway Park in September.

The teenager is well aware of his experience level. His hope is to play the long game, learning from the stars of the Series throughout the 90-plus race schedule each year.

“I think you realize if you want to be the best you have to race with the best and obviously that’s the World of Outlaws,” Daniel said. “You’re not going to be competitive right away, especially against those guys. Either you wait a couple of years and then get your butt kicked or you start at it now and eventually in a couple of years you’re good enough to run with them. The sooner we start racing with them the better we’ll be in the long run.”

By his side for the whole tour as mentor and crew chief will be 2001 World of Outlaws champion Danny “The Dude” Lasoski. The 122-time World of Outlaws winner has been working with Daniel the past two years, serving as his Mr. Miyagi in the Sprint Car world.

It’s a role Lasoski said he knew he wanted to take on when he was done racing. He met Daniel a few years ago when the teenager and his father lent him an engine to run Trophy Cup in California. Daniel helped work on his car and the two became acquainted. When Daniel told Lasoski his plan to race winged and non-winged Sprint Cars in California, Lasoski proposed an alternative plan. He suggested Daniel move to the Midwest to race winged Sprint Cars only and offered to mentor him.

Soon after, Daniel relocated his team to Missouri.

“He had a desire,” Lasoski said. “He wasn’t a here today, gone tomorrow kind of kid… His father came to me and said, ‘The end goal is Mason wants to be a professional race car driver and be a Donny Schatz.’ I said, ‘Well, the only way to do it is to race with the best of the best, night in night out.’ The bottom line is you’re going to get your ass kicked. Everybody does. I did. But to be the best you have to beat the best. That’s how we got this whole thing going.”

Lasoski acknowledged that Daniel is being “thrown to the wolves” next year, but his young driver understands that. He’s embraced it and is taking his preparations seriously.

“It’s refreshing to be honest with you, because I see it every single day,” Lasoski said. “He works in the shop with us every day. And I told him that I’m not interested in doing this if he’s not as interested as I was. He works out every day. I told him this is going to be a grind. You’re going to have to be prepared for it. He’s doing everything we’re asking and he’s learning every day just like the rest of us. The first time you think you know everything is the first time you’re going to get your ass kicked.”

Five years ago, Daniel knew nothing about racing or what a Sprint Car even was. He just wanted to drive his grandfather’s 1969 Chevelle. That desire turned into a bet by his father, who half-jokingly said he couldn’t drive the Chevelle until he drove a family member’s race car. Daniel took the bet and is now a World of Outlaws driver and team owner.

“It’s definitely overwhelming. In a good way,” Daniel said. “A little nerve-racking and such. Definitely looking forward to it a lot. The pleasure of racing Sprint Cars with these guys definitely relieves the stress of everything.”

He’s excited for the travel and to visit new tracks. However, the nine-month schedule of racing across more than 20 states will be an adjustment for he and Lasoski, who hasn’t raced full-time with the World of Outlaws for about 10 years. One of the toughest aspects Daniel will have to deal with is the mental highs and lows a driver goes through during the long season, Lasoski said.

“It’s not only hard on Mason, and every one that supports him, but it’s hard on the crew and everybody to stay focused and not get down on each other and stay positive,” Lasoski said. “I say, ‘Hey, we may not have done good tonight, but tomorrow is another night.’ Because the moral I’m trying to instill in my guys is, when the checkered flag falls, there’s nothing, and I mean nothing, any of us can do about the results. We just have to come back and work harder.”

Daniel’s goal for 2020 is to learn as much as he can and try to make his way into the top-10 and top-five on a regular basis. He said, Lasoski told him once he’s running up front, a win will eventually come.

“We’d just like to bridge that gap and run competitively with those guys,” Daniel said.

The World of Outlaws NOS Energy Drink Sprint Car Series will begin its 2020 season Feb. 7-9 at Volusia Speedway Park in Barberville, Fla. for the DIRTcar Nationals.

FINDING THE WAY: Zearfoss pushes through self-doubts for latest win

WHAT TO WATCH FOR: 34, Wilmot Await the World of Outlaws Sprint Cars