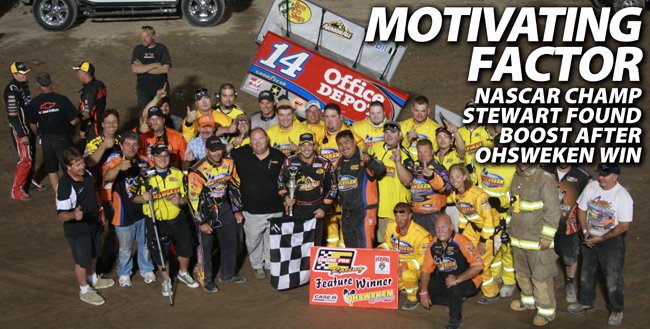 CONCORD, N.C. – Nov. 21, 2011 – After winning his third NASCAR Sprint Cup series championship on Sunday night at Homestead-Miami Speedway, Tony Stewart was asked about recapturing his confidence during post-race media interviews. Stewart, who owns the cars driven by Donny Schatz and Steve Kinser, cited his World of Outlaws victory in July at Ohsweken victory as being a possible spark that ignited his run to the championship.

Click here to watch the 4Wide.TV recap of Stewart’s victory, the first World of Outlaws win of his career.