Stenhouse Teams with Marshall, Names Sheldon Haudenschild as Driver for 2018 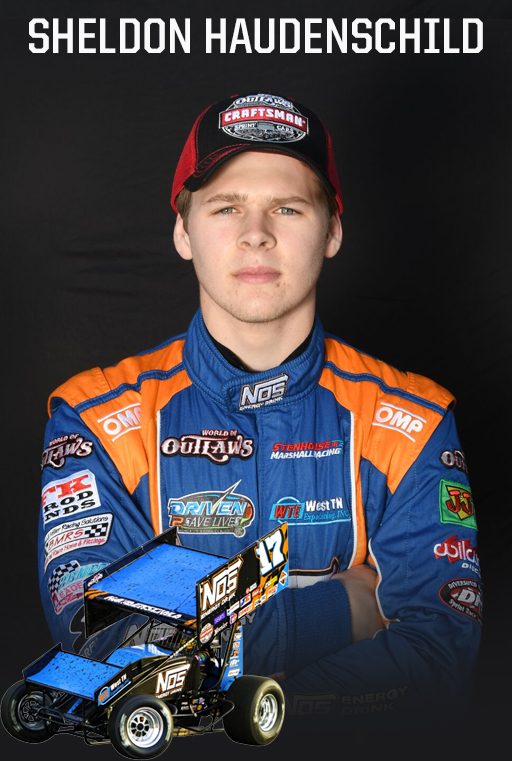 Stenhouse Teams with Marshall, Names Sheldon Haudenschild as Driver for 2018

MOORESVILLE, N.C. – December 14, 2017 – Ricky Stenhouse Jr. is teaming up with Richard Marshall to form Stenhouse Jr. Marshall Racing and the duo have hired Sheldon Haudenschild to drive the No. 17 NOS Energy Drink sprint car with the World of Outlaws Craftsman Sprint Car Series.

“I’m really looking forward to joining Stenhouse Jr. Marshall Racing,” Haudenschild said. “This is a great opportunity for me and my career. I’m honored to work with a great group of guys. We’re all looking forward to kicking off our season in Florida in the No. 17 NOS Energy sprint car.”

The second-generation driver scored 12 top-five and 41 top-10 finishes in his rookie campaign going on to earn the Kevin Gobrecht Rookie of the Year title this year driving his own car.

“I’m really excited to form a partnership with Ricky,” Marshall said. “Ricky was the one that brought me back into the sport five years ago and Bryan Clauson brought us all together. We’re all excited to have Sheldon, 2017 Rookie of the Year, behind the wheel of the No. 17 this season. He has brought a new level of excitement to the team already. I believe this combo is a winning formula, and we can’t wait to get to Volusia to kick off the season.”

“NOS Energy is all about horsepower and fierce competition and we couldn’t be happier to join up with Stenhouse Jr. Marshall Racing to make a run at the 2018 World of Outlaws Craftsman Sprint Car Series title,” said Lauren Albano, marketing director for NOS Energy. “Winged 1,400 pound race cars putting out 900 horsepower on quarter-mile dirt tracks all over the United States, what’s not to like? To enter the ’18 WoO season with this year’s WoO Rookie of the Year Sheldon Haudenschild behind the wheel of the No. 17 NOS Energy Drink sprint car puts NOS Energy in a position to not only win races, but to fight for the prestigious WoO championship. Let’s go racing.”

In his first year as an owner in the World of Outlaws alongside former team co-owner Matt Wood, Stenhouse scored his first victory at Eagle (Neb.) Raceway in June with Kyle Larson behind the wheel. Overall, the team scored one win, six top-five and 23 top-10 finishes.

“I think we have a good opportunity next year with Sheldon transitioning over after Jac (Haudenschild) drove for us this season,” Stenhouse said. “Jac really helped us evaluate our cars and helped us know what we needed to improve. The chemistry of the team is strong which is very important.

“Matt Wood really helped me be able to start up this team. Matt was a great mentor and overall just a great friend. He has decided to step away and do a little more racing with his family out on the west coast, but he’s still a great supporter. An opportunity arose allowing Richard (Marshall) and myself to become partners for next season. Richard’s support throughout the dirt community shows his passion for the sport.”