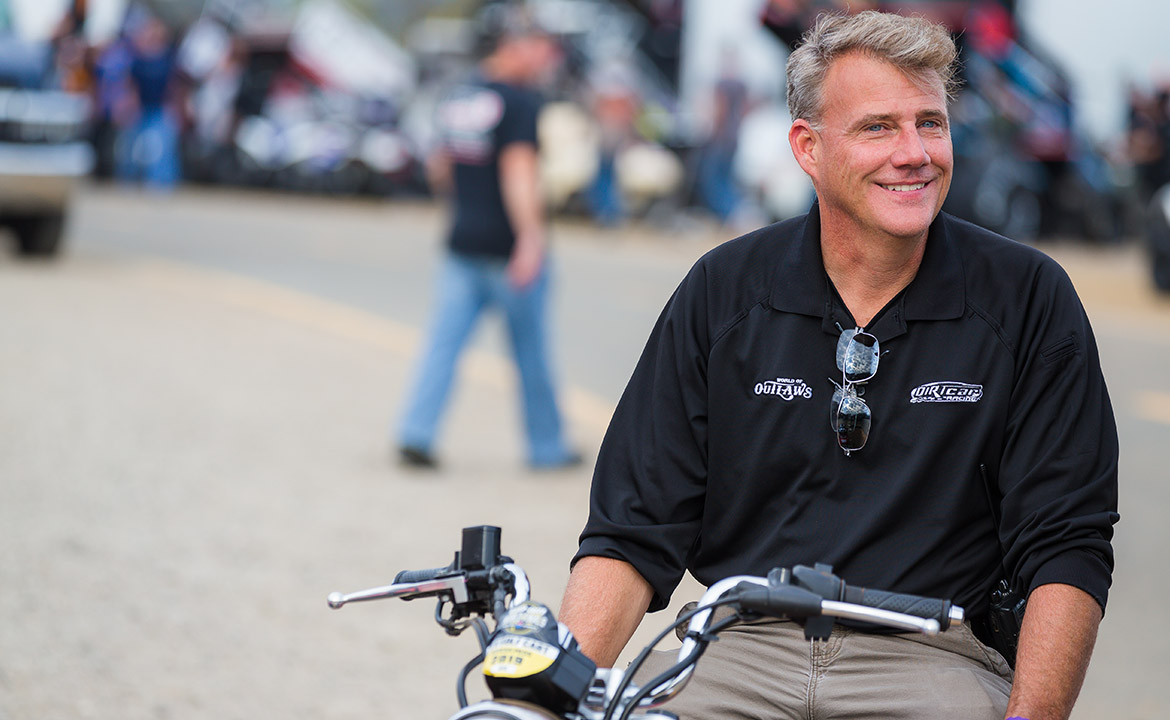 World of Outlaws CEO Brian Carter recently spoke with Steve Post on Winged Nation’s podcast to talk about the highlights of the 2019 World of Outlaws NOS Energy Drink Sprint Car Series season and previewed the 2020 season.

From the growth of events to the increase in safety and a few hints of what to expect in the 2020 schedule, Carter touched upon several topics that showcase the rise of the Series.

Carter’s comments on some of the key topics are listed below:

“Lauren (Albano, Marketing Director of NOS Energy Drink) has taken on this challenge with us with as much passion as I’ve seen any sponsor take. It’s actually very, very refreshing. The energy and passion they put into it and bring to Sprint Car racing and World of Outlaws is extraordinary. We’re very, very thankful for that. They’re doing this in market and in retail activation that have never been done in the recent history of the World of Outlaws.”

GROWING EVENTS/PURSES
The World of Outlaws saw the growth of new events, such as the two-day Patriot Nationals at The Dirt Track in Charlotte in May, the creation of a new event with the Music City Outlaw Nationals at Nashville Fairgrounds Speedway and the growth of purses at several events such as the NOS Energy Drink Showdowns at Black Hills Speedway and the Stockton Dirt Track, which both paid $20,000-to-win.

“It’s been a goal of ours and we continue to achieve that goal and continue to push on it as we go forward with all of our promoted shows and try to raise the status and the pay days for these teams and let the fans know they’re part of something special.”

NEW MANUFACTURE IN THE SPORT
Ford introduced the new FPS 410 Sprint Car engine in 2019 – debuting with the World of Outlaws in September with Donny Schatz. Schatz’s win with the engine at Lakeside Speedway was the first time since 1998 that a Ford power Sprint Car won a World of Outlaws race.

“It means our playground is now recognized as important by another manufacture and it’s not the only manufacture that’s looking at it. It’s important for us to make sure that the stage we set is as grand a scale as possible so that these guys can be race car drivers in front of their fans. By doing that and increasing that awareness and increasing that level of playing field, and the stage, it created a desire by another manufacture to come in.”

NO 2020 RULE CHANGES
After implementing some rule changes coming into the 2019 season, there are no significant changes planned for 2020.

“We’re not going to change a rule unless it’s against a four- five- 10-year objective of where we want to be and we need to change the direction or move the entire thing I’ve talked about balancing, the business of the race cars, the business of the promoters week in and week out and the World of Outlaws and try to move that whole mass forward to a place we can all be happy with in 10 or 15 years, or 20 or 30 years.”

While the 2020 schedule has yet to be released, there are a few teases fans can look forward to.

“The schedule is just as solid as it was. We’re going to be racing a lot, another 90 nights. We’re finalizing the schedule… The Patriot Nationals got kicked off, added a second day with a big purse there. We’re going to make that a fan favorite here in Charlotte for Memorial Day weekend. We’re going to continue to expand on that.

“Just so everyone is aware, the Nashville event will probably be on every other year calendar. It won’t be on the calendar in 2020. It needs to make sense for everybody.

“NASCAR messed with their schedule a little bit to go straight from Florida and go all the way across the country to Las Vegas. Asking us to promote a show deep in February, not in March is pretty tough so we won’t be back in the Las Vegas market [in 2020]. We’ve got some really great replacement weekends for that… Got a couple of new exciting races in Oklahoma that will be interesting. It’s a very historical racetrack. It’s going to be really exciting tying that in with one of our other events. We’re right on the cusp of a couple of other really cool things.”

VOLUSIA SPEEDWAY PARK IMPROVEMENTS
The 2020 season will kick off Feb. 7-9 at Volusia Speedway Park for the DIRTcar Nationals presented by Bozard Ford and when fans arrive there will be a few surprises.