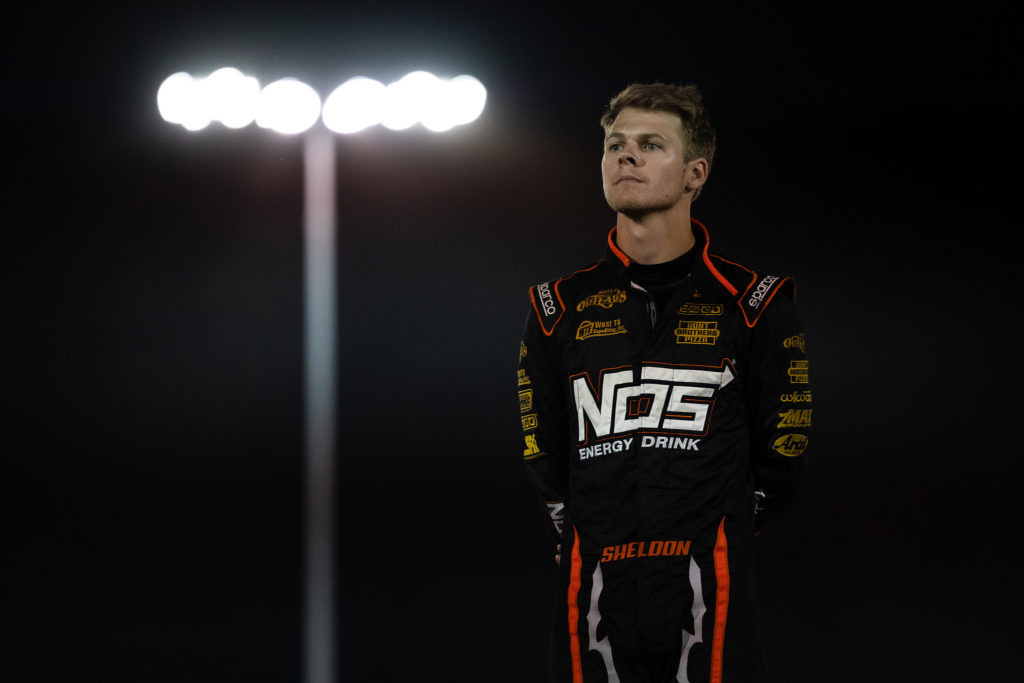 The story of 2021 for Sheldon Haudenschild and Stenhouse Jr. Marshall Racing isn’t exactly all of the races that they did win, but more so the races they didn’t win.

Earning eight victories – with another four races left – the NOS Energy Drink #17 has enjoyed a career-year with personal bests in almost every major statistical category. The proof is in their performance as they’ve undoubtedly risen to the next level on-track and have transformed into nightly threats against The Greatest Show on Dirt.

As much as the joy and jubilation of triumph, there’s been the heartbreaking agony of defeat as well. One could easily say Haudenschild should be sitting at 15 victories this season if all of the wacky and wild scenarios don’t remove him from the lead on countless occasions.

There was Tri-State & Jacksonville when he suffered flat tires, an untimely caution at I-70, last-lap passes at Sharon & River Cities, and lap traffic incidents at Attica & Weedsport. Those seven happenings alone all occurred with the #17 in possession of the lead within the final 10 laps.

Where there has been disappointments, there has also been lessons, though. The ever-wise 28-year-old knows this isn’t something you can rush and with time and experience, it’ll all get better.

“This deal is all about putting your time in and getting the experience,” Haudenschild said. “You can’t get too worked about things when you race 80 races nights a year. You have to be able move on and focus on the next race. I think experience is the only thing that separates a lot of these guys from winning championships and not. It’s something you can’t rush.”

He won at “the big three” tracks all for the first time in his career with a Knoxville Raceway win in April, an Eldora Speedway win in May, and a Williams Grove Speedway win in July. He succeeded at all three Crown Jewel races with a second at the Kings Royal, a hard-charging 10th at the Knoxville Nationals, and a third-place finish at the National Open.

“It’s been a good year, it really has,” he continued. “We’ve got eight wins and it’s not over yet. Looking forward to finishing the year and getting back into the top-five in points. If we can get that done, it’ll be something great to build off of leading into 2022.”

The chase for a 10-win season continues tonight as the SJMR crew unloads at Oklahoma’s Lawton Speedway, where Haudenschild finished fourth last year. On Saturday, the Series returns to Texas’ Devil’s Bowl Speedway, a track he was on the podium at last year.

After that, the season concludes with the NGK/NTK World Finals at The Dirt Track at Charlotte on November 4-6. Fans can BUY TICKETS HERE.

If you can’t make it to the track, you can watch Haudenschild take on all remaining World of Outlaws events live on DIRTVision – either online or through the DIRTVision App.