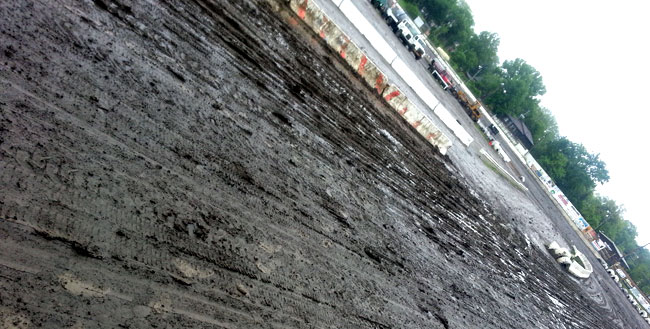 MIDDLETOWN, N.Y. — May 19, 2013 — World of Outlaws STP Sprint Car Series and Orange County Fair Speedway officials were forced to postpone Sunday’s event after a steady rain pushed through the area and drenched the track. With more rain in the forecast on Sunday, officials decided to delay the event to Monday.

All event times remain the same for Monday. Spectator gates are scheduled to open at 4 p.m. with racing on track set to begin at 6 p.m.

Entering Monday’s action, Daryn Pittman sits atop the championship point standings with 3,263 points and holds a 145-point lead over Paul McMahan. Donny Schatz’s season seems to have turned a corner as a string of strong finishes, including a thrilling victory Friday night at Williams Grove Speedway, has launched him up the standings and now trails McMahan by just 5 points.

Tuesday night the World of Oultaws STP Sprint Car Series invades New Egypt (N.J.) Speedway for the NAPA Auto Parts Outlaw Classic before heading into the heart of NASCAR country on Friday for the Circle K/NOS Energy Outlaw Showdown at The Dirt Track at Charlotte.