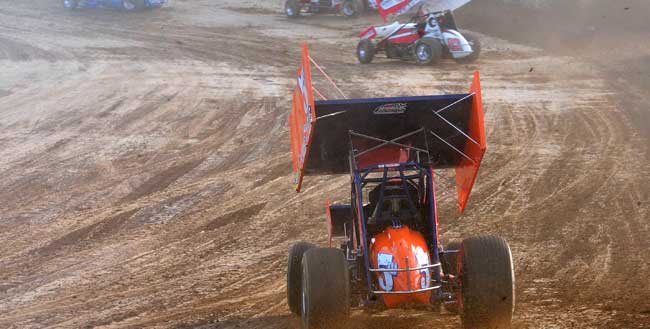 “We have been trying for the last couple of years to get the Outlaws out here,” said John Soares, President of Oval Motorsports that promotes events at Antioch Speedway. “We have a very fast and smooth 3/8-mile track that we can’t wait to see them race on. We recently held a 410 (Sprint Car) show here and had a fantastic response from our crowd.”

It will be the World of Outlaws inaugural visit to Antioch Speedway, which is between Oakland and Sacramento. A big California swing in March and early April saw Craig Dollansky win at Silver Dollar Speedway in Chico, Joey Saldana win at Thunderbowl Raceway in Tulare, Sammy Swindell win at Merced Speedway and Jason Sides win at Calistoga Speedway.

The Outlaws are no strangers to 3/8-mile tracks, either. The tour has raced six times on a track that size with Craig Dollansky leading all drivers with two wins. Dollansky picked up his series leading sixth win of the season on Sunday night at Lebanon Valley Speedway in West Lebanon, N.Y. Jason Meyers, the first Californian to win a World of Outlaws championship, is back atop the standings following a big weekend at Williams Grove Speedway, where he pocketed $20,000 for his first victory at that track. Meyers leads four-time series champion Donny Schatz by only 18 markers in the battle for the World of Outlaws championship with 20-time champ Steve Kinser third followed by Dollansky and Jason Sides.

“We are very excited another World of Outlaws championship race is going to be so close among such a wide number of competitors,” said World Racing Group President Tom Deery. “We’re thrilled Antioch Speedway will play a part determining the overall champion. We have the best Sprint Car drivers anywhere racing. I have no doubt the fans will be treated to an amazing show.”

Tickets for the Outlaws debut at Antioch Speedway will be available starting at noon eastern on Thursday, July 28. For more information or tickets, visit www.WorldofOutlaws.com or call the box office at (877) 395-8606.

Checkered Past: Sunshine State of Mind