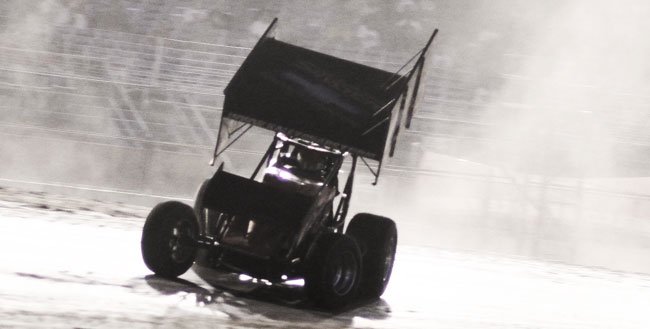 The World of Outlaws Sprint Car Series is set to play its own game of cowboys and Indians when it ventures into the wild frontier of Dodge City Raceway Park on Friday and Saturday, June 22-23, for the Boot Hill Showdown.

The historic area provokes thoughts of gun fights and old westerns amongst the Outlaws, who have provided their own shootouts on the 3/8-mile oval since 2004.

“For me, Wyatt Earp or something like that,” Joey Saldana said. “Going to the bar and drinking some whiskey. That’s what I think of when I think of Dodge City.

Saldana has been a spectacle of his own, winning five of the 13 World of Outlaws features at Dodge City Raceway Park – the only driver to win more than once. He swept the two-day event in 2009 and picked up a victory in 2006, 2008 and 2010 as well.

“It’s a pretty good haul out there, but it’s a nice facility, a nice race track,” said Kinser, who won the inaugural World of Outlaws race in 2004. “From right in the middle of Kansas, it’s a pretty nice facility.”

Tickets can be ordered online by clicking WorldofOutlaws.com/tickets or by calling 877-395-8606. An exclusive free fan pit pass upgrade is available with the purchase of advance two-day reserved seating.