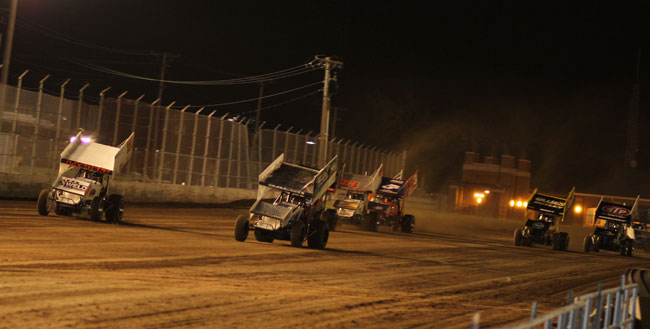 CONCORD, N.C. — Jan. 21, 2013 — The World of Outlaws STP Sprint Car Series is excited to announce a change to the Kevin Gobrecht Rookie of the Year Award Presented by ButlerBuilt.

Drivers will not have to compete in every event for eligibility, which will be based on several factors. A rookie will be categorized as a driver who has never completed a full season with the series and who has not won five or more feature races during his or her career.

At the start of each season, drivers must declare their intent – with a maximum of three attempts – which will be endorsed by a seven-person panel by either the 15th race of the season or April 15.

“We are adapting the selection process, recognizing the challenges participants face on the World of Outlaws STP Sprint Car Series,” World Racing Group CEO Brian Carter said. “While it doesn’t require a full commitment, the driver has to compete in a substantial number of events.”

The Kevin Gobrecht Rookie of the Year Presented by ButlerBuilt standings will require participation in at least 50 percent of the races scheduled and will be based on average feature finish.

“I think this will encourage younger drivers to hit the road with the series, which benefits the drivers, teams, series and the fans of the sport,” World of Outlaws STP Sprint Car Series Director Carlton Reimers said.

Here is a point-by-point breakdown of the new rookie program:

– Drivers must declare their intent and submit for approval

– Drivers not reaching 50 percent will remain in standings

– Never have completed a full season