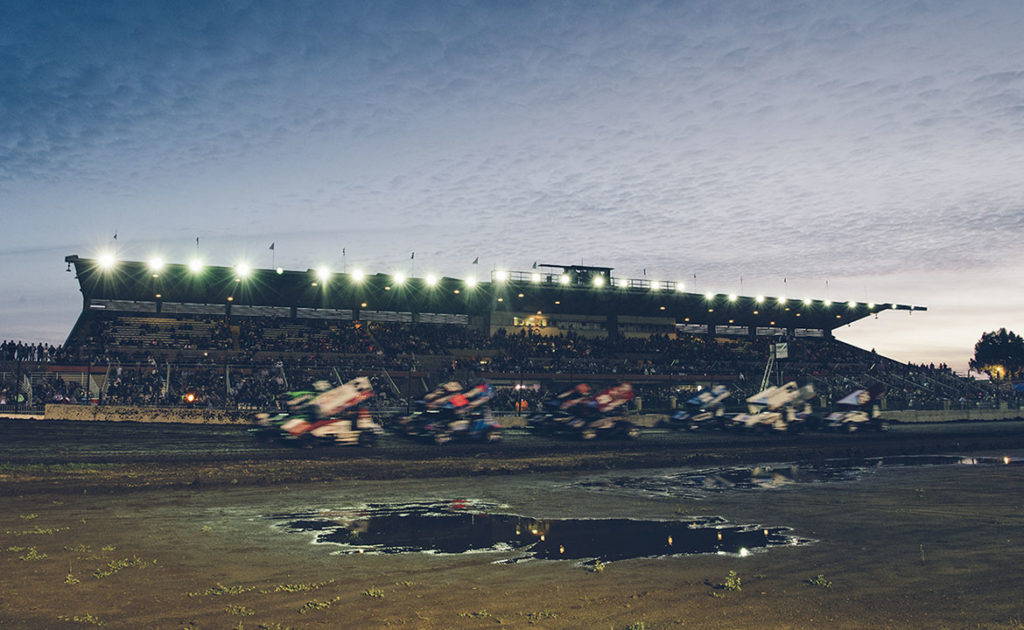 CONCORD, NC — The high-speed, winged warriors of the World of Outlaws NOS® Energy Drink Sprint Car Series are set to return to the Stockton Dirt Track on Saturday, March 16, for another thrilling FVP Platinum Battery Showdown.

The $10,000-to-win event will be the fourth race in the Series’ West Coast swing this March through California.

“Coming off of a couple incredible races with the Outlaws in Las Vegas, the FVP team is proud to continue its partnership with the World of Outlaws at the exciting Stockton Dirt Track,” said FVP Senior Brand Manager Amber Misunas. “This year’s running of the FVP Platinum Battery Showdown at Stockton is sure to charge up the fans, so we’re extremely excited to be part of the event.”

The track has seen seven different winners in the six years the Series has raced at Stockton, including a first-time winner in 2018, when California-native Cory Eliason, in the famed Roth Motorsports No. 83, dominated the Feature, en route to his first World of Outlaws NOS Energy Drink Sprint Car Series win.

That famed No. 83 may be a threat to win again at the 3/8-mile oval, but this time with 2013 Series champion Daryn Pittman behind the wheel. Pittman and the Roth Motorsports team have started off the year strong, winning the two season opening races in Florida – leading to Pittman claiming his third DIRTcar Nationals championship, and Roth’s first. Pittman also brings the Roth Motorsports car to California atop the championship standings, a first for that car in its storied history.

But 10-time Series champion Donny Schatz won’t make claiming victory in Stockton easy, having set the track record there in 2015 and holding the most Series wins at the track (3). He’s also coming off a last-lap thriller at Las Vegas where he stole the win from Pittman in traffic.

The event is going to use a Flex Schedule approach in the event temperatures are less than fan friendly. Grandstand gates are set to open at 3 p.m. with time trials at 5 p.m. and racing at 6 p.m. If the temperature warrants, the event will shift back to 6 p.m. time trials and 7 p.m. racing. Mini Sprints will be the supporting division race.

Tickets can be purchased by going to WorldofOutlaws.com/tix or by calling 844-DIRT-TIX.

Following the World of Outlaws visit to Stockton, the Series will continue its West Coast swing March 22 at Ocean Speedway in Watsonville, Calif.