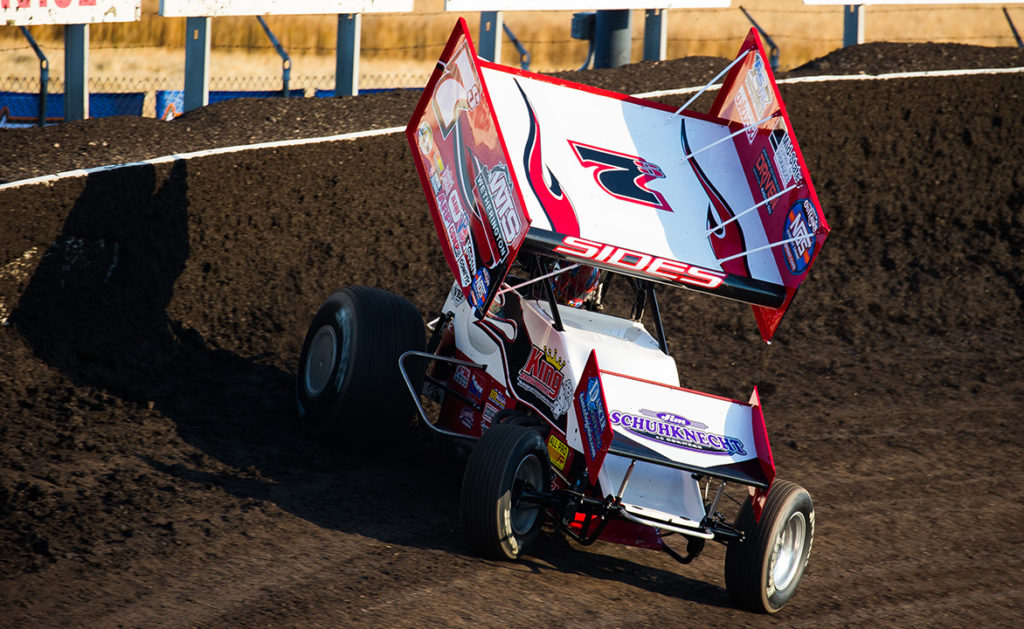 The two-month racing hiatus, due to COVID-19, and shorter schedule last year threw him off his rhythm. Every plan, every move, every mentality was thrown into a blender, leaving crumbs to be reassembled.

When the 90-plus 2021 World of Outlaws NOS Energy Drink Sprint Car Series schedule was released, Sides was pleased to see a full slate of racing and a chance to return to “normalcy.”

“Not that it’s a military- or Army-like deal, but with the Outlaws you’re on a set schedule from the beginning of time when the schedule comes out,” Sides said. “You know what you’re doing and where you’re going. When all that happens, it throws a big wrench in the program. When you get back to normal and how the schedule is supposed to be it’s simpler.

“The more racing you do, the more everything improves. When you’re off for an extended period of time, not that you forget how to do it, but it’s a little bit off when you get back to it.”

Sides ended the 2020 season with four top-10 finishes and an 11th place finish in the championship standings – two spots better than the year prior.

For the time being, that continues to be his plan for the 2021 season. The search for a full-time crew member is nothing like it once was. Right now, he said he’s “winging it.”

His biggest need for extra hands is when he brings out a second car, which he still plans to do, at times, this year. Sides’ driver of choice will, again, be Tim Kaeding, who earned three top-10 finishes in 11 starts last year in the #7 Sides Motorsports machine. According to Sides, Kaeding already has a full schedule next year, but they’re still looking to find times for Kaeding to run a second car throughout the season.

Sides admitted that running one car, after having two out the week before, feels like a breeze. It’s not hard for them to run two cars, but it requires more hands and can get hectic in hurry-up situations. However, he said, it’s still beneficial to have a second car. Especially when the second driver is Kaeding – a 21-time World of Outlaws winner.

“I wouldn’t say we drive the same, but he (Kaeding) can tell me when it’s getting slick here for the next Heat Race or something,” Sides said. “Or I can help him out a little bit. Give some pointers about the racetrack. He can go look when I’m getting ready and I can go look when he’s getting ready. It actually helps a lot to run two cars.”

He’s expecting a tougher field of full-time cars with the World of Outlaws this year with the addition of drivers like three-time All Star Circuit of Champions titleholder Aaron Reutzel and PA Posse member Brock Zearfoss, along with the growth of drivers like Sheldon Haudenschild and Jacob Allen. That’s not changing his approach, though. To Sides, he said it just makes him want to run harder and beat all of them.

He’ll try to do so when the 2021 season kicks off Feb. 5-7 at Volusia Speedway Park during the 50th DIRTcar Nationals. He has one win at the half-mile track in 2011.

In general, he’s just looking forward to being able to get back into his normal rhythm of not slowing down.

“I’d just like to get back to racing and back to a normal life,” Sides said.

For tickets to the 50th DIRTcar Nationals, click here.

BY THE NUMBERS: Ironman 55 at Federated Auto Parts Raceway at I-55