MOMENTOUS RETURN: May 8 marks 1-year anniversary of World of Outlaws’ ‘Return to Racing’ 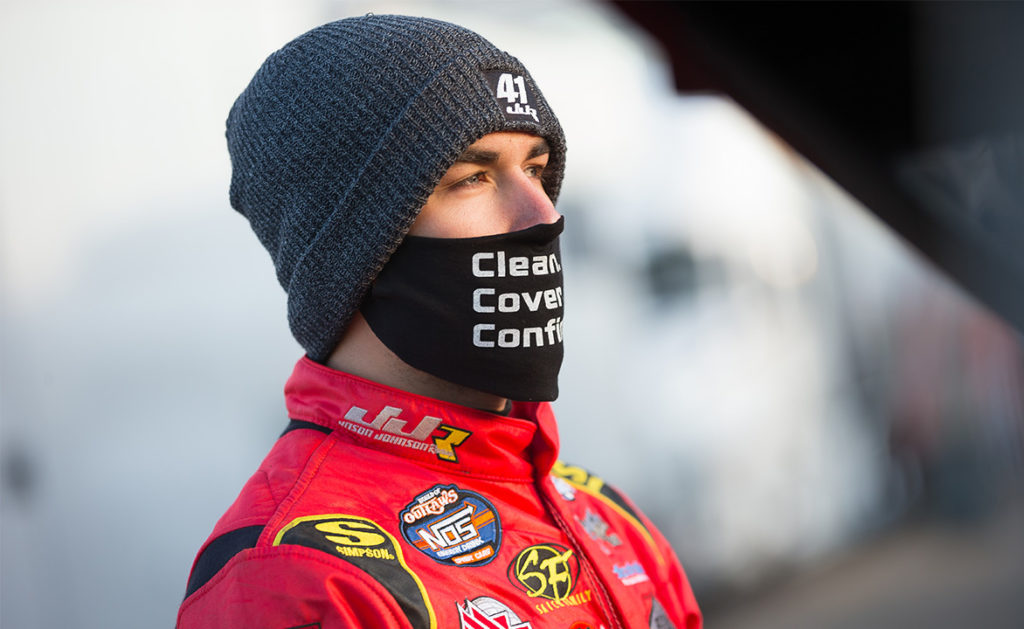 Not only did the World of Outlaws find a way to return to racing during a pandemic, it was able to strive through the uncertainties

An extraordinary day in the midst of silence…

That’s how World of Outlaws CEO Brian Carter described May 8, 2020 – the day the World of Outlaws became the first racing organization to emerge from the trap door COVID-19 laid under every racing series, and the entertainment industry as a whole, in 2020.

A year later, on May 8, 2021, the silence will be masked by the harmonizing of 900hp Sprint Cars and thousands of race fans yelling to the world dirt racing is well and thriving. The day will not only celebrate the World of Outlaws’ one-year anniversary of returning to racing, but it’ll also celebrate the World of Outlaws NOS Energy Drink Sprint Cars’ return to Eldora Speedway (May 7-8) for the first time since 2019 – with fans.

“May the 8th really rings the fact that we were able to break through before anybody else and go racing,” Carter said. “We raced in the time frame up to May 8, virtually (with iRacing events), but putting those race cars back on the track (at Knoxville Raceway), sitting there watching… the quiet… it was surreal. Surreal that we not only pushed our way through that crisis but that we succeeded at the same time.”

Hours before the start of the Sprint Car’s fourth race of the 2020 season at Cotton Bowl Speedway in late February, the event was hit by the wave of cancellations across all major sporting events caused by the pandemic. Initially, it was assumed racing would resume a week or two later. That turned into months.

The only thing certain was uncertainty.

“That was the biggest thing,” Carter said. “Never in our history have we not known when we’re going racing again. I heard someone else say this, ‘Humans loath uncertainty.’ That definitely rings true with me. I hated not knowing. We were throwing things at the wall trying to get them to stick at the time. We thought we were close to getting something done in April, but it didn’t pan out and we had to be a little more patient for a couple more weeks.”

While answers were sought after, a weekly iRacing series was organized, featuring several drivers from the World of Outlaws, Super DIRTcar Series and DIRTcar ranks. Along with giving fans and drivers some form of normalcy, it also became a tool to introduce the drivers and cars – albeit virtual – to a new audience with the races being broadcast nationally on Fox Sports and CBS Sports Network. The popularity of the events led to CBS broadcasting an hour-long World of Outlaws “Return to Racing” documentary and CBS Sports Network broadcasting a couple of live World of Outlaws races.

The virtual racing served as a solid placeholder while plans for a return to real racing found momentum.

Knoxville Raceway – famously known as the Sprint Car Capital of the World – was identified early on as a venue with the best infrastructure to accommodate what was needed for a safe return, according to World of Outlaws and DIRTcar Director of Business Development Melvyn Record. A variety of plans were developed to make that happen.

“We ended up with a plan that was less than 400 people (in total, including drivers, crews, staff and safety, and no fans). We had an A and B team at the track, which was Carlton (Reimers, the Series Director), myself and others who were outside of the track in case anybody on the staff caught COVID so we could quickly jump in and replace that person and still have the event.”

Before then, a Return to Racing Resource Center with a 10-Step Guide for a safe return was developed by World of Outlaws and DIRTcar personnel. It was created with the help of motorsports experts Agajanian & Anthony, P.C., Mr. Jeff Ladd at Sports Insurance Specialists, LLC and Dr. Jack Faircloth, MD. The purpose of it was to provide, not only the series but tracks around the country a helpful resource to safely return to racing. It’s still available to everyone on the World of Outlaws website.

“A handful of racing organizations reached out to see if they could use it,” Record said. “The document was written with the specific intention that anybody could use it.”

The procedures were put to the test at Knoxville and proved beneficial as the event went on with no issues, giving hope during a dark time. Adding to that, everyone watching on DIRTVision was treated to a stellar race.

Even with the grandstands empty – a first in the history of the World of Outlaws – the adrenaline rush of excitement provided by David Gravel and Ian Madsen’s late-race battle for the win created an electric atmosphere around the half-mile track that felt like 20,000 fans were there cheering at the finish.

As DIRTVision pit reporter Dave Rieff said after the race, “It was quiet… But it was cool.”

Its success became a launching point for the Series and dirt racing in general. It laid a path for motorsports to return to a world starving for entertainment.

“We were faced with a situation that we never dreamt of being faced with,” World of Outlaws Sprint Car Series Director Carlton Reimers said. “We weren’t the only ones, obviously. I’m pretty proud of our company. We had a choice to make. We could either sit back and see what other people did or, I think we were in a unique situation where we were in a position to lead in some areas. That’s what we decided to do. We got out there and led. We got out front and dealt with things we never had to deal with before.”

COVID didn’t go away after Knoxville. Each series faced varying restrictions and guidelines from state to state and county to county. In the early stages of the pandemic, those restrictions tended to change week to week, as well. But with the Return to Racing safety guidelines already established, racing was able to occur every weekend – leading to full schedules being secured this year – fans were able to return and drivers were paid a full points fund at the end of the year.

However, questions still lingered about what fan attendance would look like once restrictions lifted. Would fans still want to come to races in large crowds? This year, the answer has emphatically been, “yes.” Stands have been full each week and record numbers of merchandise have been sold.

“It’s been actually really incredible to see how much has really changed,” Two-time World of Outlaws Sprint Car Champion Brad Sweet said. “Obviously, we had great momentum at the end of 2019 (ending the season with the closest points battle in Series history), and obviously with COVID in 2020 we weren’t sure how we were going to recover. The crowds have been unbelievable. The fans have been energetic. It’s so great to be racing in front of the big crowds again. I honestly feel like they’re bigger than they’ve ever been before. It’s really awesome to be a part of the World of Outlaws right now.”

There’s a pent-up demand to see racing, according to Carter. Those who could only watch World of Outlaws events on DIRTVision, either as a new or current fan last year, are now taking advantage of seeing them live.

Eldora Speedway still has to adhere to local COVID restrictions with limited fans in attendance this weekend, but the World of Outlaws’ return to the “Big E” will mark the first time in about 20 months the famed track has been able to host an event with fans. It’s a sight everyone at Eldora will be celebrating.

“It’s huge,” Eldora Speedway Promoter and General Manager Roger Slack said. “It’s going to be emotional for everybody. Everybody that works here, from our concession workers to our ticket folks and safety team and everybody that is here full-time, we have a great passion for this place and great pride. To not be able to host events last year, that’s what we all live to do. It’s a lot of work to put it on the way we are.”

For years to come, May 8 will represent an important part of World of Outlaws, dirt racing and motorsports history.

“May the 8th, it was an extraordinary day in the midst of silence. It was crazy and something I’ve never experienced before,” Carter said. “I’ll never forget that. But it was a good day for dirt track racing and in particular the World of Outlaws. It was going back to what we all wanted to so badly do.”

For tickets to World of Outlaws events, CLICK HERE.