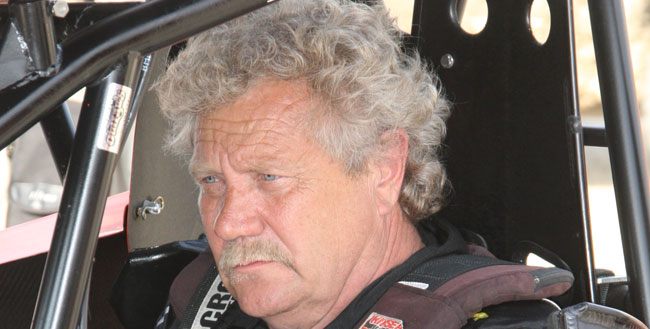 INDIANAPOLIS (Jan. 14, 2013) – Bad Boy Buggies, a leader in off-road utility vehicles for hunting and outdoor recreation, has reached a sponsorship agreement with Tony Stewart Racing (TSR) and its No. 11 team of 20-time World of Outlaws (WoO) STP Sprint Car Series champion Steve Kinser for the 2013 season.

Bad Boy Buggies is backed by the resources and capabilities of E-Z-GO and its parent company, Textron Inc., a Fortune 500 manufacturer known worldwide for its powerful brands and products such as Cessna aircraft, Bell helicopters and Greenlee tools. Bad Boy Buggies is well known for introducing models and innovations that have revolutionized the way outdoor enthusiasts use utility vehicles. The brand will be the primary sponsor on TSR’s No. 11 Sprint Car that will be driven by the most decorated driver to ever pilot one of the 1,200-pound, 900-horsepower machines. Kinser will be chasing his 21st WoO title this season and hopes to deliver Stewart, the three-time NASCAR Sprint Cup Series champion, his fifth WoO owner crown and Bad Boy Buggies its first WoO championship.

“Bad Boy Buggies is excited to partner with Tony Stewart Racing for the 2013 season,” said Eric Bondy, Vice President, Consumer Business for E-Z-GO. “No one embodies the performance and attitude of Bad Boy Buggies more than ‘The King of the Outlaws’ Steve Kinser and his owner Tony Stewart, evidenced by their championship records both behind the wheel and TSR’s incredible team accomplishments during the last decade. We look forward to seeing Steve drive the Bad Boy Buggies-sponsored machine to victory and celebrating many wins with Tony and his teams throughout the season.”

The goal for Bad Boy Buggies is to continue enabling hunters with the best vehicle technology to track and bag their next trophy, and for recreational riders seeking to tackle the trails to enjoy the outdoors at the highest level.

“We are proud to partner with Bad Boy Buggies,” Stewart said. “We work really hard to deliver on the racetrack, but we work just as hard to understand the business of each of our sponsors so we can help them accomplish the goals they have, be it in racing or with their customers. I love the outdoors and have a passion for getting out and being deep in the woods. I’m thrilled that Bad Boy Buggies has aligned with our team and Steve Kinser. They’re in for one heck of a ride.”

Kinser, who is the winningest driver in WoO history with 574 career A-Feature victories during his illustrious career, is entering his fourth season as driver of the TSR No. 11 machine. This season, he’ll be looking to dethrone his TSR teammate Donny Schatz, who drove the TSR No. 15 STP/Armor All/Chevy J&J to the series championship in 2012. This year’s 90-race campaign begins with the 42nd annual UNOH DIRTcar Nationals Presented by Summit Racing Equipment Feb. 15-17 at Volusia Speedway Park in Barberville, Fla.

“This is exciting news for me and our Tony Stewart Racing team,” said Kinser, who will begin his 33rd WoO season next month. “I’ve been fortunate during my career to work with some great companies and have been able to build a lot of great relationships. To be able to represent Bad Boy Buggies this year will allow us to provide them with exposure to a tremendous group of fans who truly appreciate quality products. We’re looking forward to a getting things started in Florida and hopefully contending for a championship.”

Steve Kinser  Driver of the No. 11 Bad Boy Buggies/J.D. Byrider/Chevrolet in the World of Outlaws STP Sprint Car Series