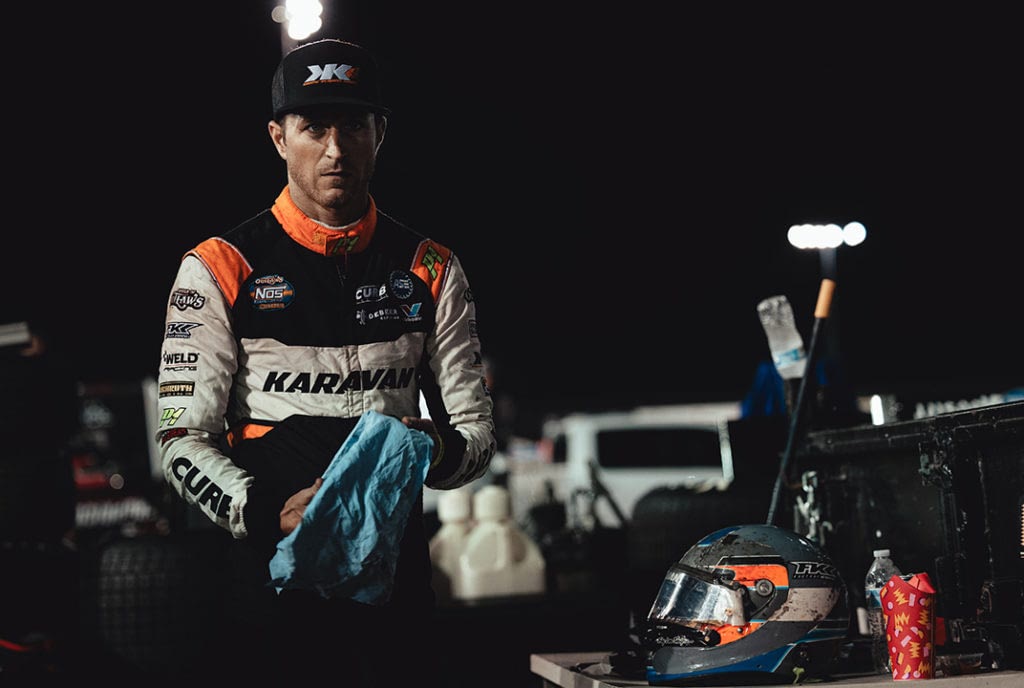 For the first time in his career, Kasey Kahne can call himself a full-time World of Outlaws NOS Energy Drink Sprint Car Series driver.

After a strong showing during Southern Iowa Speedweeks and an eighth-place finish in the 60th NOS Energy Drink Knoxville Nationals, Roth Motorsports has decided to name Kahne as the driver of its #83 car for the remainder of the 2021 season – starting this weekend at River Cities Speedway (Friday, Aug. 20).

“We have always had a great relationship with Kasey Kahne, and we are excited to have him finish out the season for us with the World of Outlaws,” said Dennis Roth, owner of Roth Motorsports. “When he was a young man, he did a great job driving for us, and when Kasey Kahne Racing housed a Roth Motorsports car for us in the mid-2000s, they represented us very well. This past week, he is coming off of a really nice job at the Knoxville Nationals in what was a last-minute arrangement for us.”

Roth’s original 2021 driver, Aaron Reutzel, was fined and suspended for 30 days at the beginning of August after World of Outlaws officials found one of Reutzel’s cars violated Series rules. Parker Price-Miller filled in for the team during the Ironman weekend at Federated Auto Parts Raceway at I-55, finishing 10th and 13th, respectively. He also set Quick Time both nights.

With Miller already having prior commitments for Knoxville, Kahne – who had planned on running the event in his own Kasey Kahne Racing #9T car – was called at the beginning of the week to help fill the seat.

Kahne and Roth have a long history together. He made his first World of Outlaws start for the team in 2001 at Keller Auto Speedway, finishing eight. He went on to make five more Series starts for the team, along with several others at various Sprint Car events. His last World of Outlaws start behind the wheel of a #83 car was at Eldora Speedway in 2003. He finished seventh. Recently, though, he drove for the California-based team in May during the Peter Murphy Classic at Thunderbowl Raceway.

Upon jumping into the #83 machine for the Knoxville Nationals, Kahne set Quick Time during the second preliminary race of the week and went on to finish eight in Saturday’s main event. The performance was good enough that both parties agreed to run the remainder of the season together with Grant Boyum serving as crew chief.

“I am really excited and thankful for the opportunity that Dennis and Teresa Roth are providing me to race with a great team for the last quarter of the season,” Kahne said. “It’ll be really fun, and challenging, going to some new places as we work hard to run up front every night with the World of Outlaws. We had a great trip to Knoxville, and I am looking forward to getting back to it and really getting started this weekend.”

Over Kahne’s World of Outlaws career, he’s earned two top-fives and 20 top-10s in 116 starts. The most Series races he’s ever run in a season, so far, is 27 in 1999. This year – with eight events ran already – he would end the season with a career-high 32 starts. Twenty-four more chances to claim his first World of Outlaws victory.

In particular, this new opportunity allows Kahne to compete with The Greatest Show on Dirt in his home state of Washington for the first time since 1998. The Enumclaw native will be the hometown hero for four consecutive nights on September 3-5 at the Sage Fruit Skagit Nationals and September 6 at Grays Harbor Raceway.

Roth Motorsports currently sits ninth in the Series owner’s championship and only -72 points behind Kinser Racing for eighth.

If you can’t make it to the track, you can watch Kahne pilot the #83 car in all remaining World of Outlaws events live on DIRTVision – either online or through the DIRTVision App.