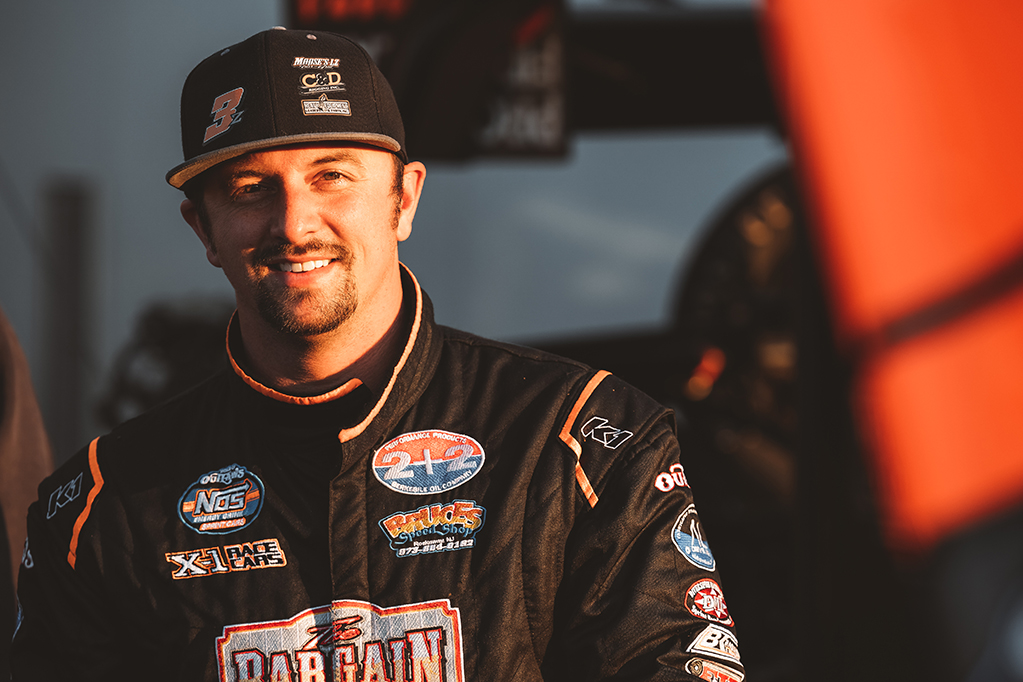 For the first time as a full-time World of Outlaws NOS Energy Drink Sprint Car Series driver, Brock Zearfoss gets a home game next week.

The Greatest Show on Dirt will head to Abbottstown, PA’s Lincoln Speedway on Wednesday, May 12 and then Mechanicsburg, PA’s Williams Grove Speedway on Friday-Saturday, May 14-15. Fan can BUY TICKETS HERE or watch the events LIVE on DIRTVision.

Hailing from Jonestown, PA, this isn’t just a chance for Zearfoss to take his #3Z operation close to home-base, it’s also one of his best chances yet at scoring his first win of the 2021 season. After all, his first-career World of Outlaws victory came at the same iconic Williams Grove 1/2-mile that we’ll return to for two nights next weekend.

“It’s going to be really exciting for us,” Zearfoss said on looking ahead to the Outlaws’ Pennsylvania swing. “It’s good to get home and race in front of all the people you know, your family, your friends, and almost all of our sponsors are from the area. It’ll be nice to sleep in my own bed for a week or so, and especially race at tracks I’m familiar with.”

Familiarity is one of the most exciting aspects of racing in Pennsylvania for Zearfoss, who is in the midst of a heated battle for the Kevin Gobrecht Rookie of the Year Award with Texas’ Aaron Reutzel, Australia’s James McFadden, and Indiana’s Parker Price-Miller.

“I have a lot of laps around Williams Grove and a decent amount of laps around Lincoln,” Zearfoss mentioned. “It won’t be different than any other race, though. These guys are the best in the business. We’re gonna have 40-50 really tough cars at these races. It’ll be difficult, but we’re up for the challenge.”

It’s a challenge he’s up for, because it’s a challenge he’s conquered before. In July of 2017, Zearfoss led the final nine laps at William Grove to win his first-career World of Outlaws feature aboard the Aaron Long owned #58. It was only his eighth-career NOS Energy Drink Feature start, but he had already risen to the mountaintop.

Through the first 18 of 83 races on tour this year, Zearfoss has recorded six top-10 finishes, which currently slots him ninth in the championship standings. Realistically, The Jonestown Jet believes his team is where they should be for the time being, but his high expectations make it hard on himself at times.

“I knew going into this deal we would be good at some places, but we would struggle at some other tracks,” Zearfoss admitted. “I think for now, the season is going as expected. I’m always a little harder on myself than I probably should be. If you look at our finishes, we’re really not far from being competitive every night. Next week will be a good gauge to measure ourselves.”

The 30-year-old pilot has turned the heat up recently. He scored back-to-back top-1o finishes on both nights of the Bristol Throwdown and was in store for his first podium finish of the season at I-70 Motorsports Park when a mechanical failure stripped him of a third-place bid.

His biggest adjustment from the weekly wars inside the PA Posse to the grueling challenge against the World of Outlaws has been the off-the-charts competition the Series produces.

“It’s double the intensity out here,” Zearfoss spoke on the Outlaws’ tour. “I truly believe all 15 of us can win on any given night at any given track. It makes it so much tougher, because you have to be on your A game from the moment you drop the trailer door. Everything has to be right, and you can’t make any mistakes against these guys”

A veteran of the Sprint Car ranks for a decade now, Zearfoss’ journey has come full circle from idolizing his heroes in the Williams Grove infield to out-running them in his own operation now.

“Everyone we’re racing against like Brad [Sweet], Donny [Schatz], and others have been doing this on the Outlaws tour as long as I’ve been racing in general,” Zearfoss continued on the experience. “You’re at a big disadvantage at some of these tracks you’ve never been to before, but you’re racing against guys that have been there 60-70 times and they know what to expect.”

Before Zearfoss leads the Series to his home state next week, he’ll join the World of Outlaws NOS Energy Drink Sprint Cars this weekend at Eldora Speedway for #LetsRaceTwo on Friday and Saturday, May 7-8.