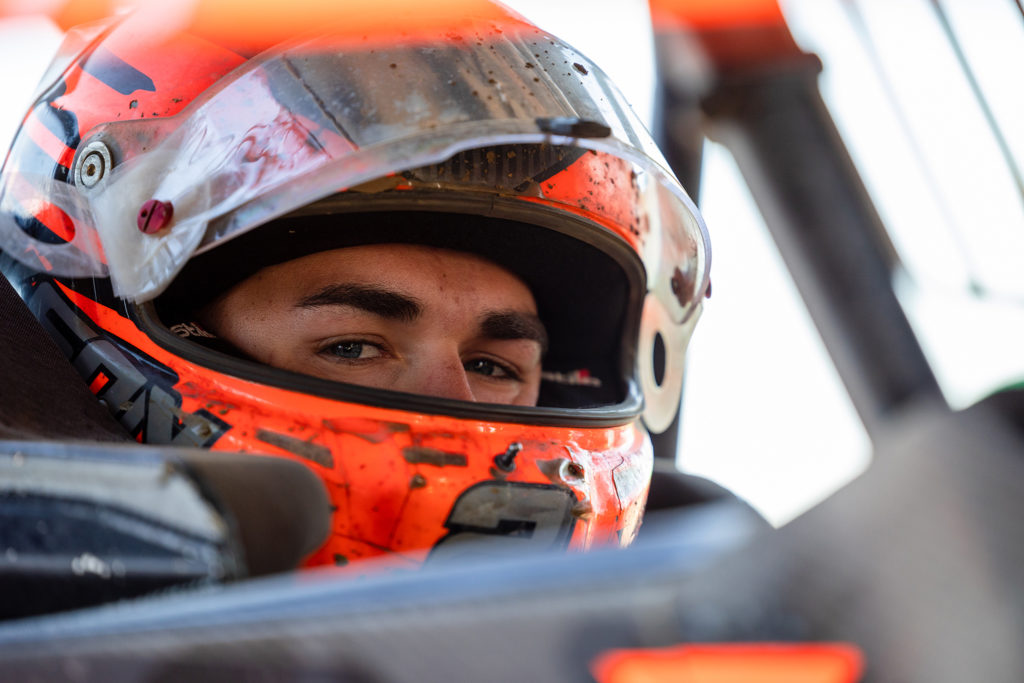 Two Chances for $175,000 at Eldora on Thursday and Saturday

For more than a decade now, David Gravel has been battling and bettering himself in preparation to take the throne.

At 29-years-old, the Watertown, CT native has more than proven himself to the world. He owns 64 career World of Outlaws NOS Energy Drink Sprint Car Series wins, a Knoxville Nationals title, and multiple National Open victories.

However, one race remains at the top of his bucket list – the Kings Royal.

This week, Gravel and his Big Game Motorsports #2 team get not only one, but two chances at earning the $175,000 payday and all of the royalty that comes with conquering Eldora Speedway.

“This has never happened in the history of our sport,” said Gravel on the magnitude of a double Kings Royal. “It’s gonna be really exciting, this is one of the biggest weeks of the year anyways, but this year is on a whole new level. There will only be two happy people at the end of the week, well maybe one, so you have to put yourself in a good position to make the money.”

Since 2009, Gravel has been a mainstay at the Kings Royal, competing for the crown every single year. It took him five attempts to make his first A-Main in 2013 and he hasn’t looked back since, collecting seven consecutive starts and finding himself in contention more and more by the year.

His seven starts have come with five different car owners including the Bill Rose #6, the Roth Motorsports #83, the Destiny Motorsports #7, the CJB Motorsports #5, and the Jason Johnson Racing #41. This week, he pilots the Big Game Motorsports #2.

The crown and all of the glory was within reach in 2014 when he drove for Roth Motorsports. Playing the format perfectly, Gravel won the sixth Heat Race and landed on the pole of the 40-lap Feature. He led 10 laps of that race, but ultimately finished a career-best third.

More often than not, arguably Gravel’s greatest strength has been his Achilles’ heel when it comes to the Kings Royal.

Known for his qualifying prowess with 81 career World of Outlaws QuickTimes, Gravel has sometimes found himself being the eight ball at Eldora due to the unique inversion which mires fast cars several rows back in Heat Races.

“My biggest struggling point has been figuring out the format,” Gravel noted. “The year I started on the pole with Roth, that was because I started fourth in my Heat and got to the lead by the backstretch. It’s all about putting yourself in a good position, but sometimes it’s hard to know what that good position is.”

Gravel has already shown us how to win at The Big E, but it will be a matter of everything falling his way on Thursday and Saturday when the $175,000 payday is on the line.

Last year, he added the Governors Reign to his win list at Eldora, which also includes two World of Outlaws wins. He topped a 2014 May race and the 2016 Jokers Wild, which returns tonight.

Through 13 races on 1/2-mile tracks this year, Gravel holds an average finish of 5.9. In April, he most notably swept both nights of the Bristol Throwdown at dirt-covered Bristol Motor Speedway, the biggest track on the World of Outlaws schedule.

He returns to Eldora for the first time since finishing fourth and seventh at the track during May’s #LetsRaceTwo event.

“Our half-mile program is good, but it could be better,” Gravel mentioned. “We had some decent runs at Eldora in May, so I’m excited to see what we do this time. We know we have a strong qualifying program, but that doesn’t really help us this week. We’ll just see how things unfold, and hopefully we put ourselves in a good spot for the Feature.”

Gravel’s pursuit of the crown begins tonight with Jokers Wild, a standard $10,000/Win show for the World of Outlaws. On Thursday, the 38th Kings Royal brings out the new format and a $175,000 payday. The Knight Before runs on Friday, and then 37th Kings Royal concludes the week with a second $175,000 prize on Saturday night.

“This race is right at the top of my bucket list,” Gravel said. “I really want to crowned King.”