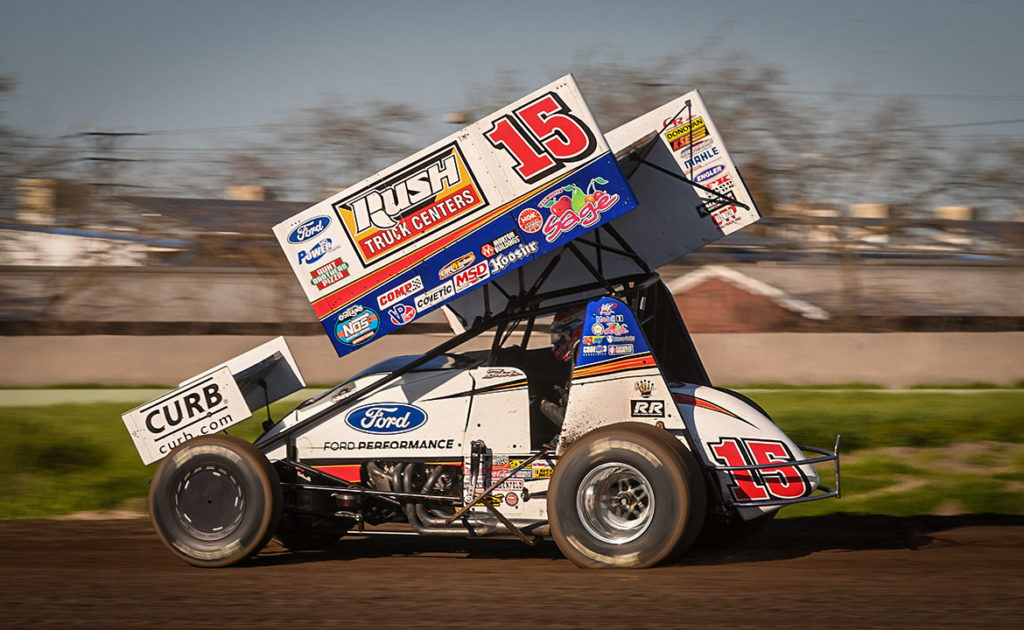 Series stars put on a spectacular show the last time they raced on the 1/3-mile oval track, demonstrating why the World of Outlaws is The Greatest Show on Dirt.

In traditional Donny Schatz fashion, he navigated his way from 12th place to the lead by lap 21, and never looked back, claiming his first win at the track last year.

He eased his way by leader Shane Stewart for the top spot, and while Stewart never had the run to contest the lead back, Joey Saldana soon worked his way into second place and didn’t let Schatz get away easy. However, he too didn’t have enough to catch and pass the Fargo, N.D. native.

Schatz is a sure threat for the win again this year, having won his first race of the season at The Dirt Track at Las Vegas, and currently sits second in points — just four points behind leader Daryn Pittman.

Pittman had a strong run at Arizona Speedway last year, racing his way into the top-five before being caught up in an accident. He and Schatz are sure to put on a thrilling show, having dominated the opening four races of the Series. Pittman won the two season-opening races at Volusia Speedway Park, and the two put on an epic showcase of racing at The Dirt Track at Las Vegas, racing to the checkered flag side-by-side at the finish with Schatz the victor.

Pittman has been hooked up in his new Roth Motorsport ride this year, so far having led the most laps, won the most Features and is leading the points standings.

But Schatz is also starting to find his stride, working with new crew chief Steve Swenson. After his win in Las Vegas, Schatz said he and his team have gotten his car back to a feel he likes, which may add another level of difficulty to Pittman’s quest for his second champion.

Shane Stewart, who is also in a new ride this year — the #5 CJB Motorsports car — won the Series’ first race at Arizona Speedway in 2016 and has finished in the top-10 all three years the Series has raced there — two being top-five finishes. With a strong track record at the Speedway, he may have the speed to spoil Schatz’s and Pittman’s dominance this year.

In addition to the racing, spectators can get a Free Fan Pit Pass after entering the gates to see the racers and their cars up close any time during the night.

Don’t miss a second of the action at Arizona Speedway, get your tickets by going to WorldofOutlaws.com/tix or call 844-DIRT-TIX. If you can’t make it to the track, be sure to watch the race LIVE on DIRTVISION.com.

Following the Series’ visit to Arizona Speedway, The Greatest Show on Dirt will make its next stop Friday, April 12, at the historic Devil’s Bowl Speedway in Mesquite, Texas, for the Texas Outlaw Nationals.