Calistoga on the Radar 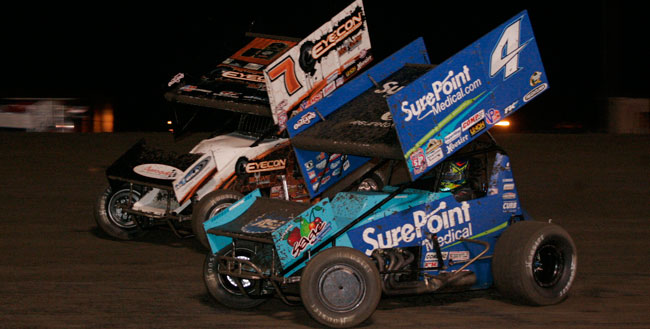 CALISTOGA, Calif. — March 26, 2013 — It’s certainly one of the most scenic tracks in the country and with several improvements in recent months, Calistoga Speedway is set up to once again be a marquee track.

After 75years of operation, the racing surface as well as several facets of the facility were upgraded to improve the competition on the track and the enjoyment from the stands. The first opportunity for fans to enjoy the revamped half mile is on Saturday, April 6, when the World of Outlaws STP Sprint Car Series makes its annual visit to the Napa County Fairgrounds.

“Sprint car racing is a really country born form of racing and to go in that atmosphere, and to go through Calistoga and Napa Valley, to be able to race at such a nostalgic dirt track, is great,” Cody Darrah said. “And it’s a fast place. When you’re driving there that’s one of the fastest race tracks we go to all year. It puts on a pretty tremendous event.”

Eleven other drivers picked up a single victory and a myriad of drivers are searching for their first on April 6.

“The half miles are always fun,” said Daryn Pittman, who won in 2002. “It’s been awhile since I’ve been there. We won the Harvest Classic there several years back when it was $20,000 to win. I really enjoy it and looking forward to going back.”

Tickets can be ordered online by clicking WorldofOutlaws.com/tickets or by calling 877-395-8606. Fans who purchase advanced reserved seating are eligible for a free fan pit pass as well.