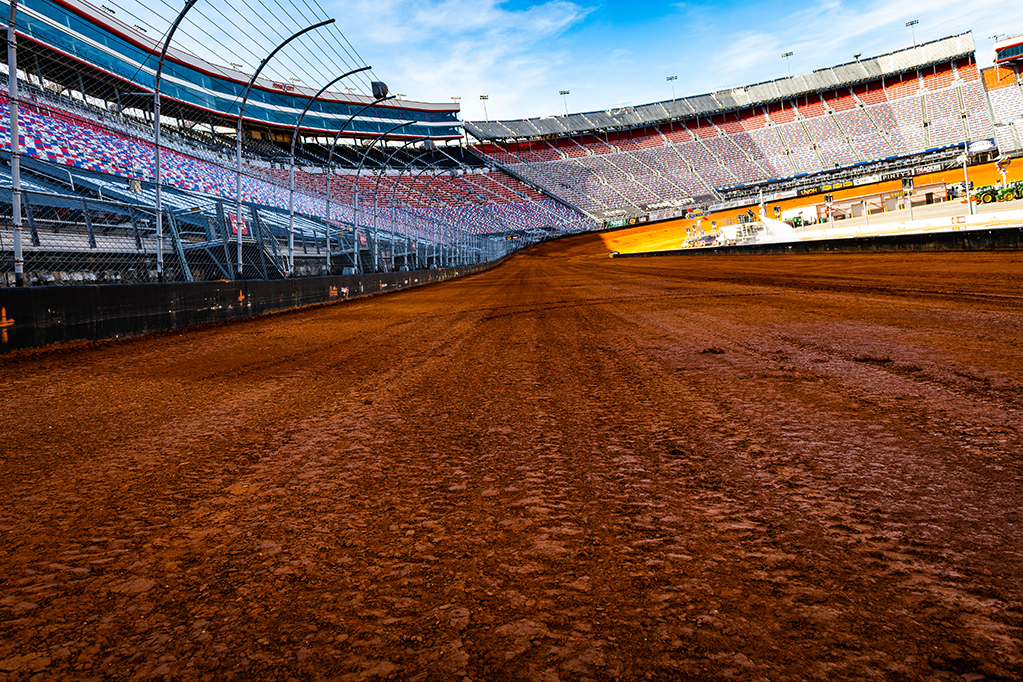 The wait is over. The entry list for the World of Outlaws NOS Energy Drink Sprint Car Series at Bristol Motor Speedway is set.

Here’s who is heading to the Bristol Throwdown on April 22-24:

Highlighted by 15 full-time World of Outlaws teams, an additional 23 of the best sprint car drivers in the world will join them for the Bristol Throwdown.

Among the leading storylines is Kyle Larson making his return to The Greatest Show on Dirt aboard Paul Silva’s #57. In 2020, Larson topped a Series best 12 World of Outlaws features and dropped jaws nationwide along the way. This year alone, Yung Money has already won the Chili Bowl Midget Nationals, a Dirt Late Model event, and a NASCAR Cup Series race at Las Vegas. He’ll be the only one of 38 drivers with laps on this current layout of Bristol dirt, having competed in the Bristol Dirt Nationals last weekend and the NASCAR Trucks and Cup Series races this weekend.

The NASCAR ties don’t end there, though.

Tony Stewart, Kasey Kahne and Ricky Stenhouse Jr. are all owners of championship contending teams with high hopes. In fact, all three organizations are inside the top five in World of Outlaws Sprint Car Series points through the first eight of a scheduled 84 events this year.

Included in the 38-car field are five drivers that competed in the 2000-01 World of Outlaws events at Bristol. Those returning to The Last Great Colosseum with prior sprint car experience are 10-time Series champion Donny Schatz, “The Wild Child” Jac Haudenschild, “The Steel City Outlaw” Tim Shaffer, “Pauls to the Wall” Paul McMahan, and “Double Down” Jason Sides.

Schatz, 299-time Outlaws winner, is the only of those five returning with a victory under his belt at the .533-mile, high-banked oval. On June 8, 2001, he charged from 10th-to-first for a win over Jeff Shepard and Sammy Swindell. In the 20 years since, the Fargo, ND native has become a living legend on tour.

“The magnitude of it was surreal,” Schatz recalled on his first trip to Bristol. “It was a big ordeal. It’s a really unique setting, like it’s truly a colosseum. It was fast. We did a lot of things to cars back then 20 years ago to make sure they would withstand the speed and the banking. Everybody has their concerns now as to what it will do. Modifieds, Late Models and NASCAR have seen it, but obviously we’re going the fastest. There are some questions. What’s gonna happen? Who knows. The idea is awesome. It’s certainly a thrill for many to be back.”

Of the 38 competitors, 25 are former World of Outlaws winners. However, none of the newbies have faced an animal quite like Bristol.

The six winners from this season including Brad Sweet of Kasey Kahne Racing, Sheldon Haudenschild of Stenhouse Jr. / Marshall Racing, Logan Schuchart of Shark Racing, David Gravel of Big Game Motorsports, Aaron Reutzel of Roth Motorsports, and Carson Macedo of Jason Johnson Racing will all be making their first appearance on the daunting half-mile.

Some are pumped. Some can’t wait. Others are admittedly intimidated. No matter the feeling, it’s all everyone is talking about.

Racers will have Thursday, April 22 to use as a practice night before the World of Outlaws Sprint Cars are joined by the Super DIRTcar Series Big Block Modifieds for two nights of racing. Friday’s program offers a standard $10,000-to-win purse, while Saturday’s finale pays $25,000-to-win.

For tickets to the World of Outlaws Bristol Throwdown, go to BristolMotorSpeedway.com.