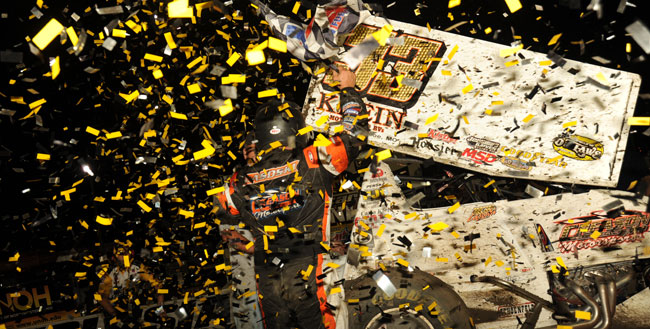 Competition is Stout at UNOH DIRTcar Nationals Presented by Summit

BARBERVILLE, Fla. — Feb. 6, 2013 — The Florida freeways are littered with a variety of multicolored rigs headed for the sun to kick off the 2013 season.

Approximately 40 sprint cars are expected at Volusia Speedway Park for the 42nd annual UNOH DIRTcar Nationals Presented by Summit Racing Equipment, which starts with a practice session on Tuesday, Feb. 12, before two nights of UNOH All Star Circuit of Champions competition and three nights of World of Outlaws STP Sprint Car Series action on the world’s fastest half mile.

While the usual Outlaws are set to begin another chase at the championship, a group of top-notch talent from across the country isn’t racing for points. They’re after the loot and the unique gator trophy.

Former World of Outlaws STP Sprint Car Series champion Danny Lasoski heads the drivers who will compete on the tour sparingly. Lasoski, who claimed two of the five features and the series’ season opener last year, has earned a record 19 feature victories at Volusia Speedway Park.

“I don’t know if its pep in our step, but it’s definitely confidence,” he said. “You’ve been cooped up all winter and you’re just excited to be here. As luck would have it we run pretty well there, too.

“Mostly, the race track fits my driving. I love the big, fast half miles.”

Now driving for CJB Motorsports, Paul McMahan is coming off two feature wins last season to boost his career total to 14 – a number tied for 20th all time with the World of Outlaws STP Sprint Car Series.

A variety of former winners including Jac Haudenschild, Lance Dewease and David Gravel are also expected, and there’s never a shortage of drivers looking to start their season in the Florida sun. Perhaps even a NASCAR Sprint Cup star or two.