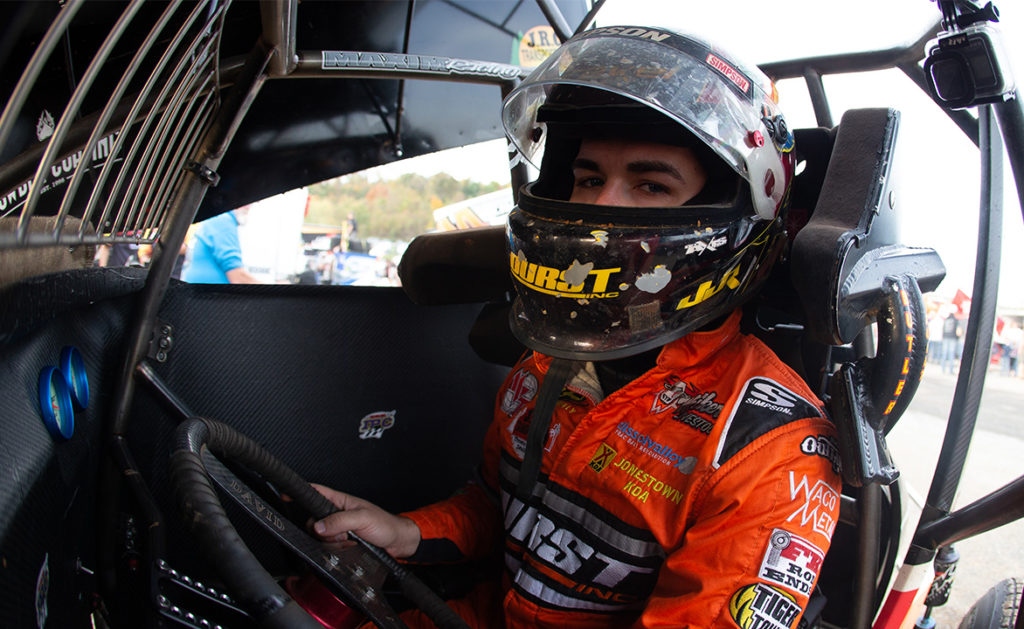 David Gravel became the first driver in eight years to sweep a weekend at The Dirt Track at Charlotte last year. On Nov. 6-7, during the season ending World of Outlaws Last Call, he’ll try to become the first driver to do it for a second consecutive year.

“If we have the car that we had on Saturday night last year for both nights (this year) I think we’ll have a good shot,” Gravel said about parking the Jason Johnson Racing #41 in Victory Lane on both nights again.

However, he admitted sweeping the weekend isn’t as easy as statistics on a page make it look.

While the Last Call, which is replacing the World Finals this year due to COVID-19 restrictions, is still a two-day show, drivers will be dealing with an entirely different surface. The track put down new clay in August and this year the Sprint Cars will have the day to themselves.

“I think with it being just us, the track will be way different than just World Finals typically is,” Gravel said. “Who knows what we’ll get track surface-wise? We’ll get to watch the Late Model guys the couple days before. But, I’m excited to go there. We’ve got a good notebook. We’ve got a good motor. But what we ran last year doesn’t really work this year. We’re going to go down there with an open mind, see how we unload and go from there. We know if we can get the car close that we’ll be able to qualify well. Hopefully have a good weekend.”

Aside from the track conditions, Gravel stated that his sweep last year didn’t come without a little bit of luck.

During the first race night of the World Finals last year, Aaron Reutzel passed Gravel for the lead at the halfway point with the more dominant car. But soon after had his chance of a win taken away. A lap car got sideways in front of him, forcing his left foot to marry the brake pedal and allowed Gravel to reclaim the lead.

“The first night, we actually weren’t that great,” Gravel said. “Aaron Reutzel had the lead and ended up spinning out with a lap car. That’s what won us the race.”

The next night, no luck was needed.

“Saturday night, we for sure had the best race car in the pits,” Gravel said. “The thing could drive itself. It could go anywhere.”

Attached to Gravel’s goal of sweeping the weekend is the focus of trying to give Jason Johnson Racing its first team championship. JJR is currently 30 points behind Kasey Kahne Racing for the points lead.

Gravel and the team collected six wins this season and were one of the most consistent pairs in the Series. From June to September they went on a run of 26 top-10 finishes in row – 19 of them top-fives – and finished outside the top-10 only six times in their 48 races together, so far, this year.

“I feel like [the season] has been average until a month ago when we were able to win at Lerneville and Eldora (with the All Stars) and Williams Grove,” Gravel said. “Those kind of turned the year around. I think we’ve always been pretty consistent and solid. Just have lacked going forward in the [Feature]. Overall, we’ve been super solid. No mistakes. No part failures. Stuff like that. We’ve been really good a finishing races. That’s been a big part of it.”

He and JJR have had a solid two years together, collecting 18 World of Outlaws wins in total to this point. What the rest of their future entails may be revealed at Charlotte, according to Gravel.

For pit passes to the Nov. 6-7 World of Outlaws Last Call, click here.