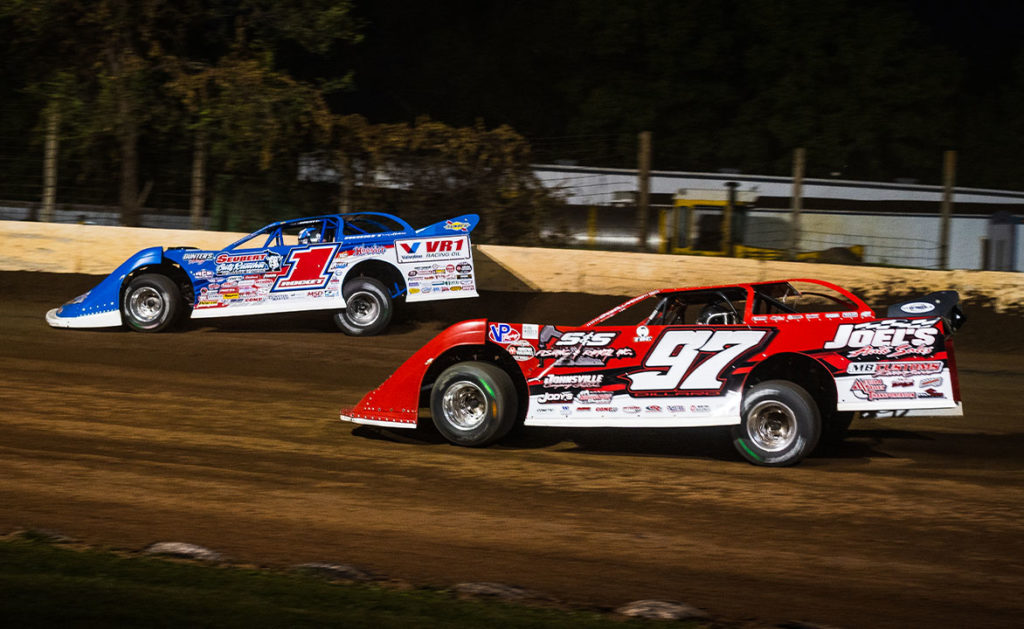 The trip begins with a second stop in New York at the Orange County Fair Speedway on Thursday, August 19. It’s the first time the World of Outlaws Late Models will visit the Middletown, NY venue since 2004, when Rick Eckert, the 2011 Series champion, found Victory Lane.

Joining the World of Outlaws will be the Pro Stocks who are also making their return to the “House of Power.”

On Friday, August 20, the Most Powerful Late Models on the Planet head to the iconic Williams Grove Speedway in Mechanicsburg, PA.

Three-time and defending champion Brandon Sheppard found Victory Lane the last two times the Series visited the facility, including last year when he held off late charges from Pennsylvania competitors Eckert and Gregg Satterlee for the win.

The Series moves west on Saturday, August 21, for the Battle at the Border at Sharon Speedway. It’s the second appearance for the World of Outlaws at the Dave Blaney-owned venue in Hartford, OH.

Last year’s venture to the speedway resulted in a battle for the ages. Sheppard, Ricky Weiss, Chase Junghans and Shane Clanton each took a turn leading the race in the final 10 laps with Sheppard getting the upper hand at the end.

The four-race weekend ends on Sunday, August 22, with a stop at Eriez Speedway in Erie, PA. It’s the Series’ sixth appearance at the Western Pennsylvania oval and the final chance to see the World of Outlaws in the Keystone State in 2021.

Last season, Dennis Erb Jr. found Victory Lane, passing Boom Briggs on the inside with 10 laps to go, and driving away for his only win of 2020.

Fans who plan to attend these events have the chance to see Sheppard’s chase for World of Outlaws history. The New Berlin, IL driver is one win away from tying Darrell Lanigan for second on the all-time wins list (74) and five away from tying Josh Richards for the top spot (78).

These events are also another step in his path to try and tie Richards for the most Series championships (4). The “Rocket Shepp” currently holds an 88 points lead over Chris Madden.

Sheppard will have to fend off several drivers looking to keep him out of Victory Lane, including fellow Illinois campaigner Dennis Erb Jr. The “One Man Band” has been on a hot streak since June, racking up three wins and moving into the top five in the points standings.

The Northeast swing is also the final chance for Boom Briggs to race in front of his home-state crowd in 2021. The Bear Lake, PA driver finished second to Erb at Eriez Speedway last season and hopes to bring the crowd to its feet with his first career World of Outlaws triumph.