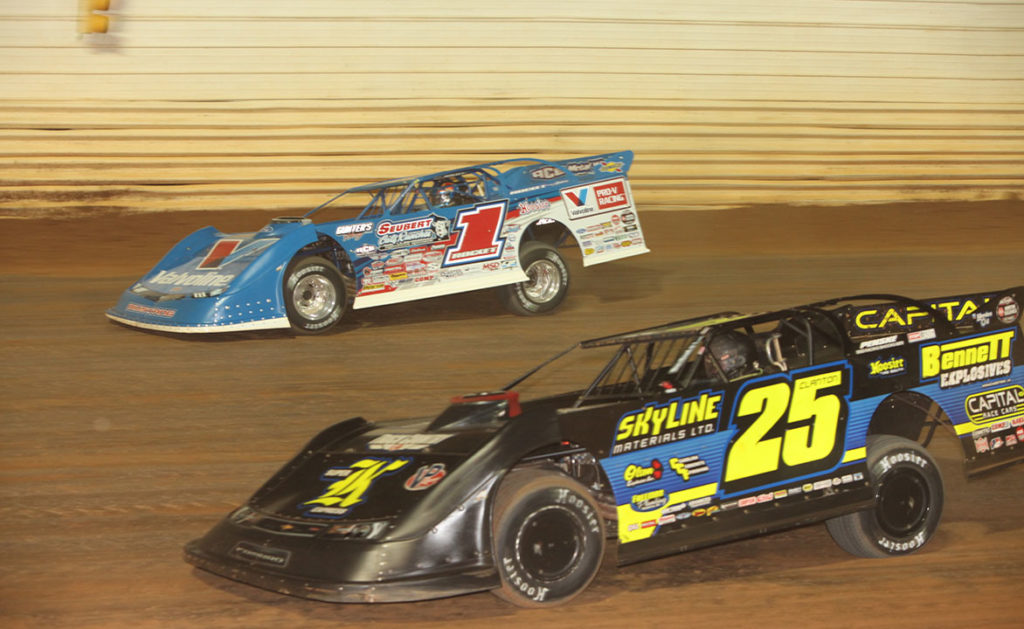 The World of Outlaws Morton Buildings Late Models will make its first trip to Pennsylvania this season, when they visit Port Royal Speedway May 21-22.

The doubleheader features two memorial races, and will be the first of six stops in the Keystone State in 2021. They’ll also give one driver the opportunity to walk away with $25,000 in winnings.

Friday, May 21, the Series will run the Huey Wilcoxon Memorial, a 40-lap Feature paying $10,000-to-win. Joining the racing program that night are the Limited Late Models, and Wingless Sportsman.

The Most Powerful Late Models on The Planet return Saturday, May 22, for the 50-lap Billy Vacek Memorial paying $15,000-to-win. Port Royal Speedway’s 410 Sprint Cars will also be in action.

Shawn Martin and Viper Motorsports are gathering sponsors to add to the event, as well.

The Series has raced five times at Port Royal Speedway, including its last trip in 2019 where Mason Ziegler found Victory Lane.

Three-time and defending champion Brandon Sheppard also won a Feature at the Speedway in 2017. The New Berlin, IL driver currently leads the points standings, in search of his fourth Series Championship.

Sheppard is also chasing history, sitting only nine wins away from tying Josh Richards for most Series wins all-time. (78)

Tickets for both Friday and Saturday will be sold at the gate.