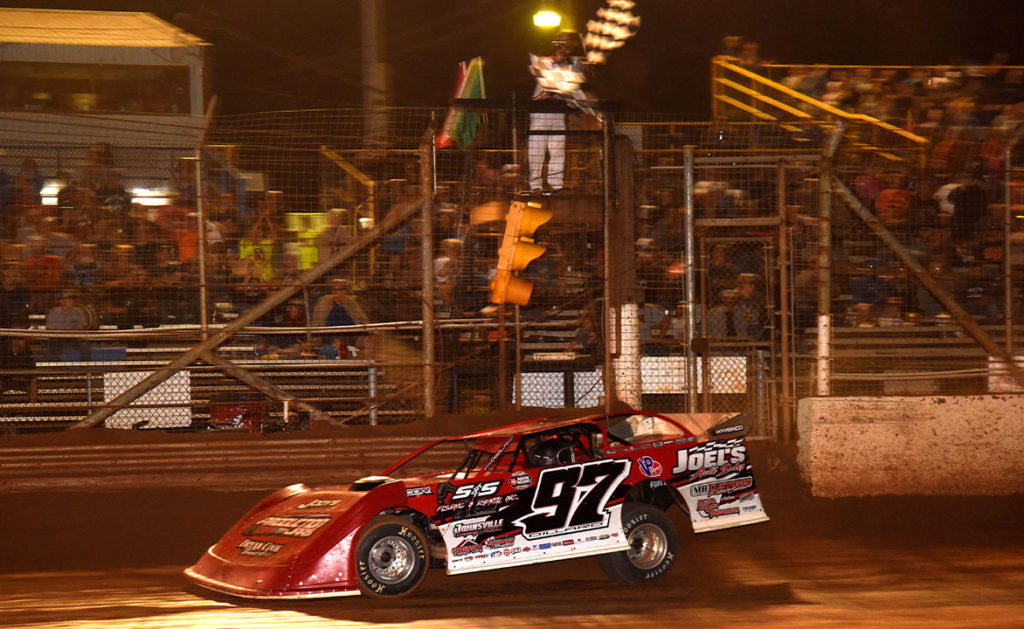 When the World of Outlaws Morton Buildings Late Models schedule starts to heat up, it means the highly anticipated Firecracker 100 at Lernerville Speedway is around the corner.

In one month, The Most Powerful Late Models on the Planet will travel to the Sarver, PA track for three nights of action-packed racing.

Those races set the stage for the Firecracker 100 on Saturday, June 26, with the winner collecting a massive $30,000 top prize.

The event has an “Every Lap Matters” format, as Saturday’s Drydene Heat Race lineups are determined by Thursday and Friday’s results.

Eleven drivers have won the Firecracker 100, including Cade Dillard who put on a history making performance last year. Three-time champion Darrell Lanigan kept the pressure on the red #97 throughout the entire event, but Dillard never caved and brought fans to their feet with his popular win.

To make it back to back victories this year, he’ll likely have to contend with 2018 Firecracker winner Chris Madden – the only other full-time World of Outlaws driver to win the event. Madden is currently on a hot streak, winning the last three Morton Buildings Features. He also has more wins than any other driver in 2021 with four victories after picking up two consecutive wins at Port Royal Speedway.

The Gray Court, SC driver’s performance has given him an extra boost in the points, and he’s closed the points gap to leader Brandon Sheppard down to 26 points.

Sheppard, the three-time and defending champion, has accomplished a lot in his World of Outlaws career, but he’s still searching for a Firecracker 100 win. The New Berlin, IL driver isn’t only chasing Victory Lane at Lernerville Speedway, but also history. His next win will be the 71st of his career, putting him only seven wins behind Josh Richards for the most all-time (78).

Scott Bloomquist, the 2004 Series champion, is also expected to be at Lernerville Speedway that weekend. “Black Sunshine” has won the Firecracker 100 three times, more than any other driver.

Those drivers and the rest of the tour regulars will be joined by a stout field of regional competitors, all searching to park their cars in the illustrious Victory Lane.

The RUSH Late Model Series will be in action throughout the weekend, as well. They’ll compete in the $10,000-to-win Bill Emig Memorial.

Fans attending the event can enjoy several events throughout the weekend.

Tickets, merchandise, and driver memorabilia will be raffled off all three days on the midway.  The money from the raffle will go to the Leukemia and Lymphoma Society

Fans can also meet their favorite drivers on the midway Saturday during an autograph session, starting at 4 pm.

Events will be happening in the Speedway’s parking lot, as well.

Anyone staying after the races on Thursday and Friday can enjoy post-race concerts at the stage. That’s also where Slick Woody’s Cornhole Company is holding a cornhole tournament on Saturday at noon.

If you plan on camping throughout the weekend, you could be up for a prize. On Friday, World of Outlaws officials will judge who has the best campsite at the speedway.