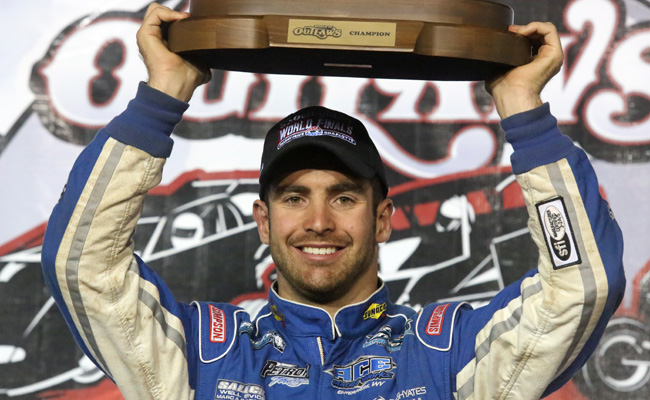 SHINNSTON, W. Va. – Oct. 1, 2014 – Three-time World of Outlaws Late Model Series Champion Josh Richards announced today that doctors have cleared him to return to racing after medical issues have kept him out of the car this season. Richards plans to be back behind the wheel of his Mark Richards Racing owned, Valvoline/Seubert Calf Ranches sponsored machine this Saturday at Eldora Speedway in Rossburg, Ohio, for the UMP DIRTcar Fall Nationals.

Richards has been sidelined since learning of medical issues during the off-season. After extensive testing it was determined that he suffered nerve damage to his hands due to past racing injuries. Though Richards has been cleared by doctors to race, he will be periodically monitored to make sure there is no further progression with his injury.

“I have the best sponsors, race team and fans in the sport,” said Richards. “I want to thank them for their patience and continued support while I worked though my medical issues. I’m also grateful to Brandon Sheppard and Rick Eckert for filling in during my absence.

“I’m excited to get back in the car Saturday at Eldora Speedway. It’s been really hard to sit out this season and have to watch from the sidelines. I’m ready to get back behind the wheel of the Valvoline/Seubert Calf Ranches car and make some laps at one of my favorite tracks this weekend.”

Richards will have teammates for the final two races of the season. Brandon Sheppard will drive a second house-car for Mark Richards Racing at Portsmouth Raceway Park in hopes of defending his title from the 2013 Dirt Tack World Championship. Rick Eckert, who’s been filling in for Richards, is competing for points in the World of Outlaws Late Model Series and will run a second house-car in the World of Outlaws World Finals.