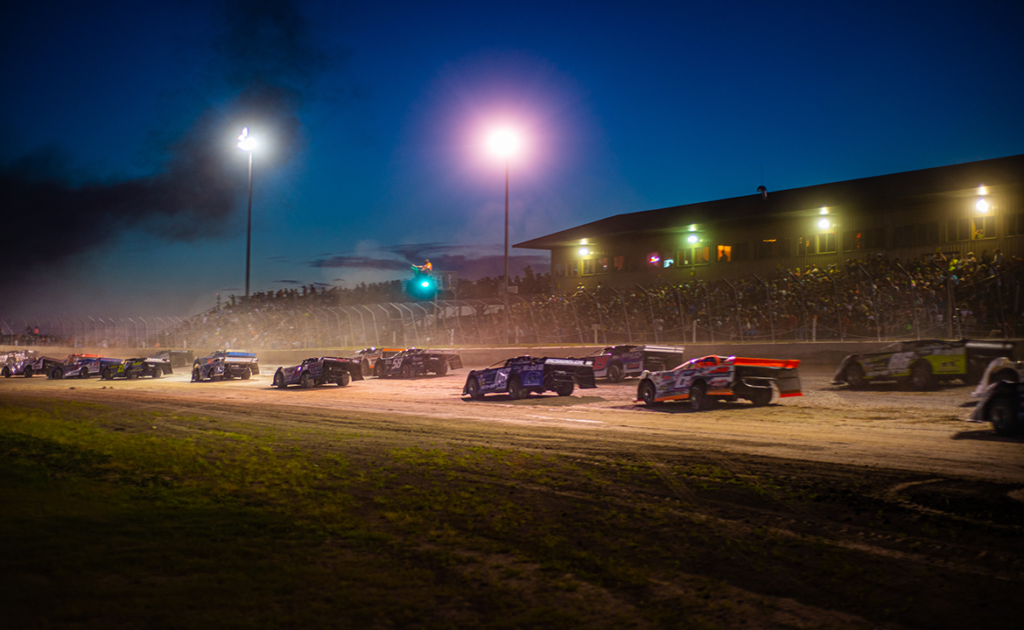 SUPERIOR, WI – The World of Outlaws Morton Buildings Late Model Series is returning to Gondik Law Speedway on Tuesday, July 14, marking the first time since 2013 the Series is racing at the northwestern Wisconsin venue.

“We’ve been trying to get a World of Outlaws race for the last several years, but it conflicted with our fair week each time,” promoter Joe Stariha said. “This year our fair week changed, which made it possible to schedule this race. We’re excited to host the big names like Chris Madden, Scott Bloomquist, Brandon Sheppard and all of the other great national talent the World of Outlaws brings to town.”

This wide, sweeping 3/8-mile, home to many WISSOTA Late Model regulars, is sure provide some great racing action as the tour begins the first leg of its Upper Midwest tour.

“It’s cool to see the growth and interest in our series in that area,” said Series Director Casey Shuman. “The fans and tracks are excited, and it’s becoming its own Northern Speedweeks in July.”

2004 Series Champion Scott Bloomquist took the checkers in the tour’s first-ever visit to the track in 1989 (then known as Superior Speedway), and Menomonie, WI-native Jimmy Mars took the win in the Series’ return to the facility 21 years later in 2010.

Three-time Series champion Billy Moyer holds the most Series wins in the Badger State with nine since his first in the inaugural season of 1988. Two-time and defending Series champion Brandon Sheppard follows with seven, and a three-way tie sits for third ranking – Chris Madden, Shane Clanton and Jonathan Davenport each have three wins.

Additional event information, ticket pricing and schedule of events will be announced as race day at Gondik Law Speedway moves closer. For now, keep up with all Series news, highlights and information on social media by following us on Twitter @WoOLateModels and on Facebook @worldofoutlawslatemodelseries.