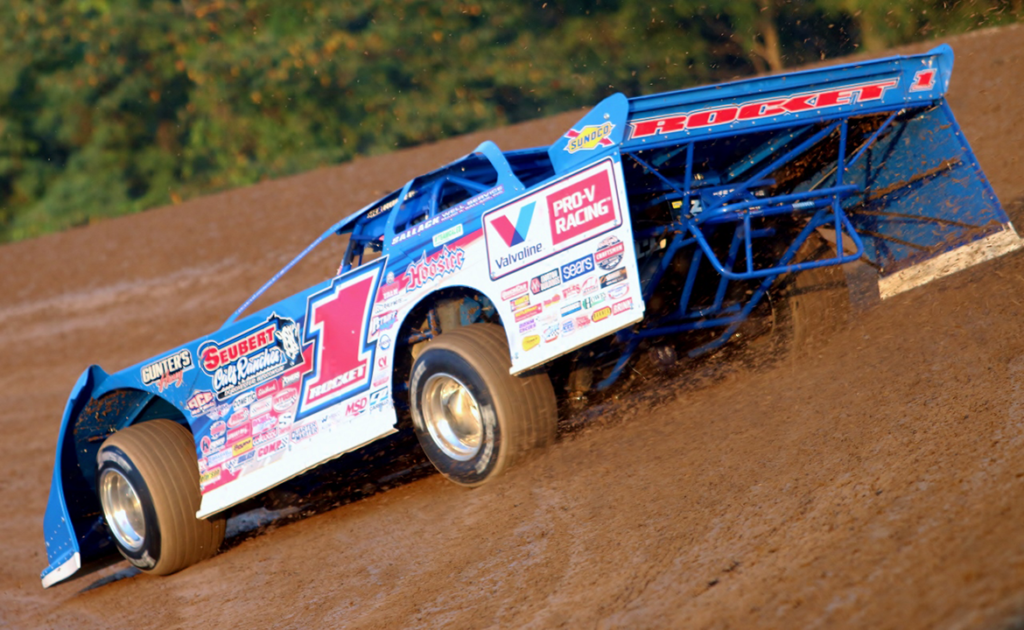 Next weekend, the Outlaws will head to the most appropriately named track they’ll see all year.

The 4th annual Fall Nationals at Outlaw Speedway kicks off with the second-ever appearance by the World of Outlaws Morton Buildings Late Model Series on Friday, Sept. 20.

Last year’s race saw current points leader Brandon Sheppard score his 12th Feature win of the season after a fierce battle with eventual season champion Mike Marlar. Sheppard took the lead permanently after swapping it back-and-forth with just over 10 laps to go, sealing the win for the Rocket Chassis house car driver in the Series debut at the Yates County facility.

This year, the New Berlin, Illinois-native appears to be the favorite to win again at the quarter mile, riding the momentum of a Series record-tying 18 Morton Buildings Feature wins and victories in three of the last four races. Of the four World of Outlaws races already contested on similar quarter-mile tracks so far this year, “The Rocket Shepp” has won three of them. He currently holds a 254-point advantage over Rookie of the Year frontrunner Ricky Weiss, of Headingley, Manitoba, and could make World of Outlaws history next weekend if he visits Victory Lane for the 19th time this season.

Weiss comes into Outlaw as the runner-up in Series standings but has yet to make a trip to Victory Lane in 2019. Receiving a bit of mentorship from 2004 World of Outlaws Champion Scott Bloomquist throughout the year, Weiss has posted a second-best 15 top-five finishes over 33 races, four of which have come in his past five starts.

Zebulon, Georgia-native Shane Clanton is having a much healthier season in 2019, in comparison to the last time he came to Outlaw with the tour last year, joining up with Iowa-based Skyline Motorsports to tackle the second half of this year’s schedule. Former pilot Chris Madden vacated his spot behind the wheel of the Bruening Rock Products #44 in June, opening the door for the Super K Express #25 driver to come on board and fill the seat. And did he ever, clicking off two wins on the Northern swing earlier this summer to match his flag-to-flag victory at Screven Motor Speedway in February.

Multi-year World of Outlaws regular Chase Junghans, of Manhattan, Kansas, currently sits fourth in points, four markers behind Clanton. Collecting a victory back on June 14 at Red Cedar Speedway in Wisconsin, “The Manhattan Madman” looks to back up the sixth-place finish he had in last year’s race at Outlaw. Three-time Series Champion Darrell Lanigan, of Union, Kentucky, has also yet to find Victory Lane with the Outlaws this season, but has had two top-fives in his last two starts on tour, and could very well cash in on Friday.

Hot Laps for next Friday’s event are scheduled for a 6:30 p.m. start time, racing at 7.

Tickets to see the World of Outlaws Morton Buildings Late Model Series as part of the 4th annual Fall Nationals at Outlaw Speedway on Sept. 20 can be purchased at the gate, $30 for adults. For more information, call (607) 243-8686.