Skip to content
FOR A GOOD CAUSE: Weiss & Drydene Fighting Against Cancer with The V Foundation
Tags: DrydeneDrydene Performance ProductsRicky WeissThe V Foundation 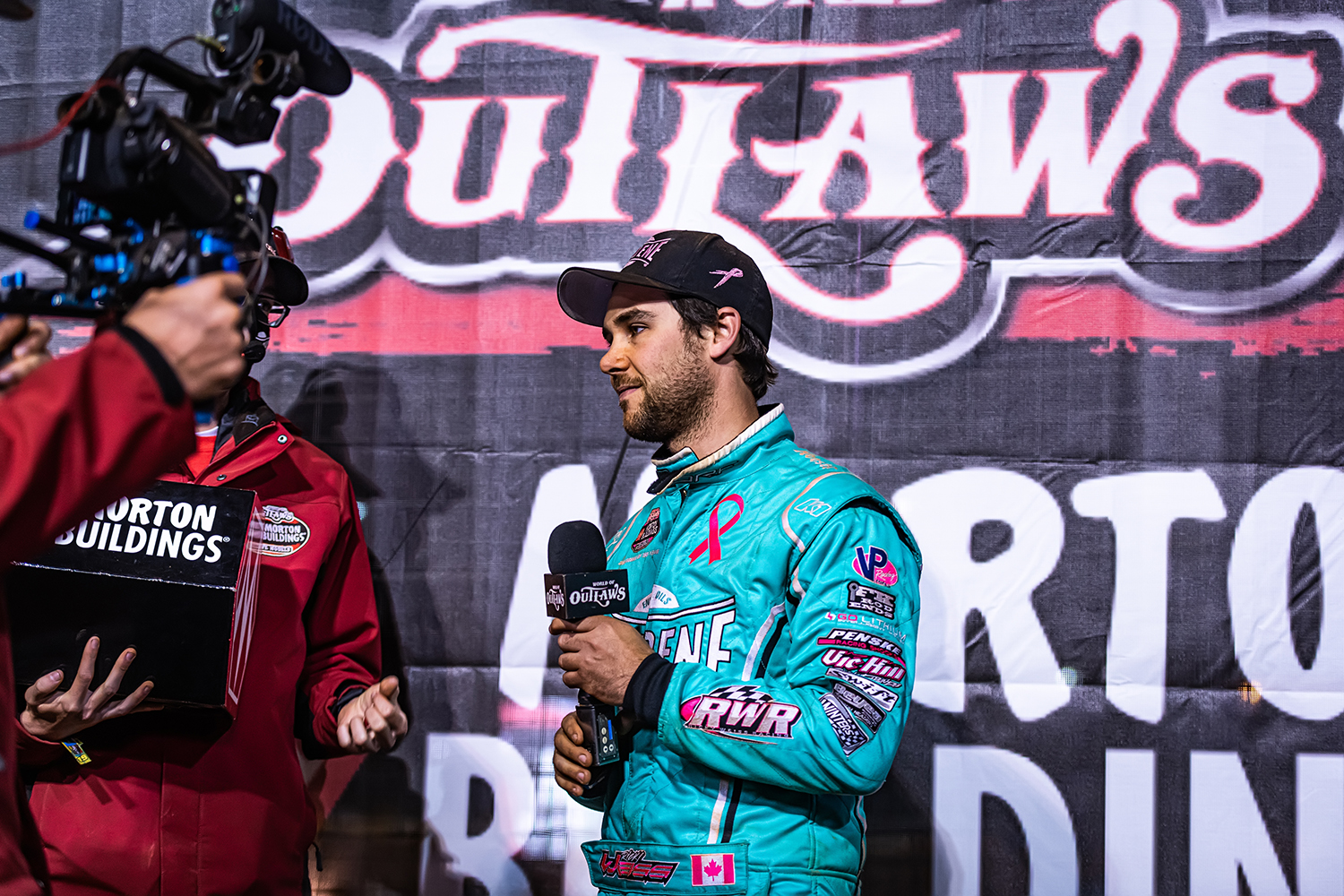 This year’s World of Outlaws Morton Buildings Late Model Series runner-up, Ricky Weiss, has been using his platform with the help of Drydene Performance Products to promote and fight against cancer.

The Headingly, Manitoba native, who has quickly risen himself and his team into one of the nation’s top contenders, has multiple connections to cancer.

His initial passion for this fundraiser stems from his grandmother, Rose, who is fighting with ovarian cancer: after beating the disease a few years ago, she once again is battling ovarian cancer. In addition, breast cancer runs in Ricky’s family on his mom’s side. The connection has impacted his racing family as well: the wife of Vic Hill, his engine builder, fought breast cancer several years ago and is now in remission. His crew member Jason Palubicki also had stage four Hodgkin’s Lymphoma in 2001 and is also now in remission.

“This time of the year you always hear a lot about raising awareness for cancer and this year we wanted to get involved,” said Weiss. “We have a lot of personal connections to people who have battled the disease and with the amount of people we are in front of both at the track and on DIRTVision and social media we’re hoping to make a difference.”

Creating a personal campaign with the V Foundation, Weiss has already raised more than $4,000 of his $15,000 goal.

YOU CAN DONATE TO HIS CAMPAIGN HERE.

On top of that, his partners at Drydene have already matched $10,000 of his winnings and made their own five-figure pledge to the organization.

All proceeds will support the V Foundation for Cancer Research, an organization committed to declaring Victory Over Cancer®. The research the V Foundation funds is critical. Donators are supporting carefully vetted, cutting-edge research at prominent cancer centers nationwide.

To help promote his fight against cancer, Weiss has been donning a special design on his car and a unique paint job on his helmet.

His Team Zero Race Car No. 7 switched from a standard black and red livery to a two-sided design. Brett Wyatt of Martell Signs developed a design teal accents on the driver side for ovarian cancer and pink accents on the right side for breast cancer.

His Bell Helmet also received a makeover from BKP Art, who similarly painted teal and pink accents on both sides of Weiss’ helmet.

To help the cause and join the fight against cancer with Weiss and Drydene, you can donate to his personal campaign HERE.