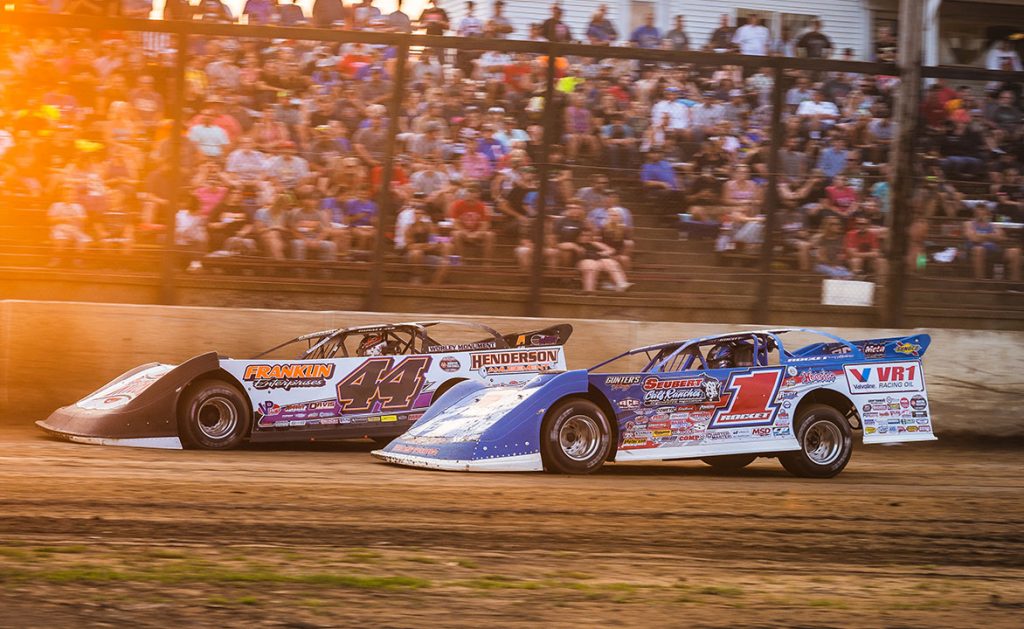 As the leaves start to change, the World of Outlaws Morton Buildings Late Models move closer to the end of their season with a return to the Southeast.

The doubleheader kicks off with the Mike Duvall Memorial at Cherokee Speedway in Gaffney, SC, on Friday, Oct. 1. It’s the Series third appearance at “The Place Your Mama Warned You About” in 2021 and the second visit in 30 days.

In March, Jimmy Owens and Brandon Sheppard won 25-lap split-field Features as part of the Rock Gault Memorial. Sheppard’s victory came in thrilling finish as the New Berlin, IL driver made a last lap pass around the outside of Dale McDowell to steal the victory.

The race will give Gray Court, SC’s Chris Madden another chance to bring home state fans to their feet. “Smokey” has 27 victories at the Palmetto State venue, including a win with the Drydene Xtreme DIRTcar Series earlier this year. However, he’s still searching for his first World of Outlaws win at his home track.

On Saturday, Oct. 2, the Series will make its final stop in the Volunteer State in 2021 with a trip to 411 Speedway in Seymour, TN. Last season, Madden held off a hard-charging Sheppard and Ricky Weiss through lap traffic to earn one of his two wins. If he can pull off the feat again, it would be his second Tennessee win this season. His first came at Smoky Mountain Speedway in March.

Madden will have to contend with several hungry competitors, including championship rival and reigning Series champion Brandon Sheppard. The “Rocket Shepp” hopes to put an exclamation point on the 2021 season as part of his climb toward World of Outlaws history. Sheppard needs two more wins to tie Josh Richards for the most all-time (78).

He’ll also tie Richards for the most titles in Series history (4) if he holds on to his 178-point advantage over Madden.