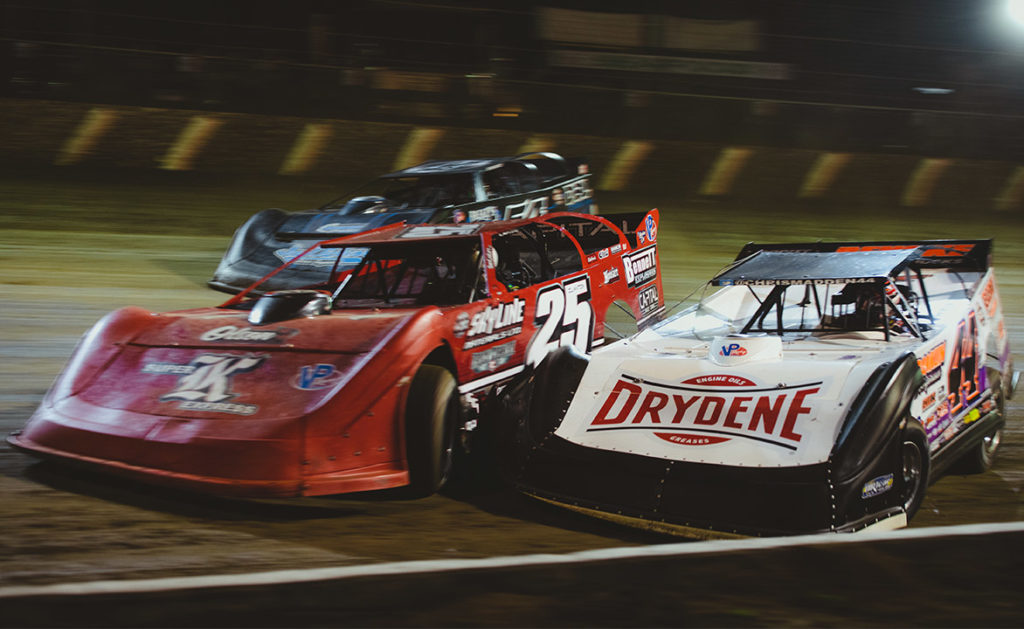 It’ll be the Series’ fifth straight year of visiting the 3/8-mile track, which will mark the Series’ first visit to South Carolina this year.

Brandon Overton, who picked up his 14th career World of Outlaws victory at Volusia Speedway Park, became the first repeat winner with the Series at Cherokee last year. He bested three-time defending champion Brandon Sheppard to claim the victory.

A win at Cherokee for Sheppard would be his first at the track and put him on the path to try and secure a couple of historic milestones. He’s currently one win away from 70 career World of Outlaws wins, which would put him only seven victories away from tying Josh Richards’s all-time win record of 77 career wins. He’s also looking to tie Richards for the most championships in Series history this year, too. Richards has four. Sheppard is currently at three.

There will be a hoard of competitive drivers for him to try and contend with, though. Two of them may even be a pair of Rookie of the Year contenders. South Carolina-native Ross Bailes earned his first career World of Outlaws victory at Cherokee in 2019. And Kyle Strickler picked up two wins in the first five races of the season. He’s also currently atop the championship points.

Chris Madden, the 28-time World of Outlaws winner, of Gray Court, SC, has yet to pick up a Series win at Cherokee but has 26 victories at the track – most recently with the Drydene Xtreme DIRTcar Series – and finished third against the Outlaws there last year.

The only other two drivers to have picked up a win with the World of Outlaws at Cherokee are 2018 Series champion Mike Marlar – in 2018 – and 2015 Series champion Shane Clanton – in 2017. Clanton has rejoined the tour full-time in 2021 and will be on the hunt for his first Series win since 2019.

With the best Late Model drivers in the world set to gather at Cherokee for the two-day event, The Most Powerful Late Models on the Planet are poised to give fans two more thrilling events in South Carolina.

The doubleheader will also give a good preview for the Friday, Oct.1, Mike Duvall Memorial at Cherokee Speedway. For tickets to the Cherokee events, go to WorldofOutlaws.com/tix.