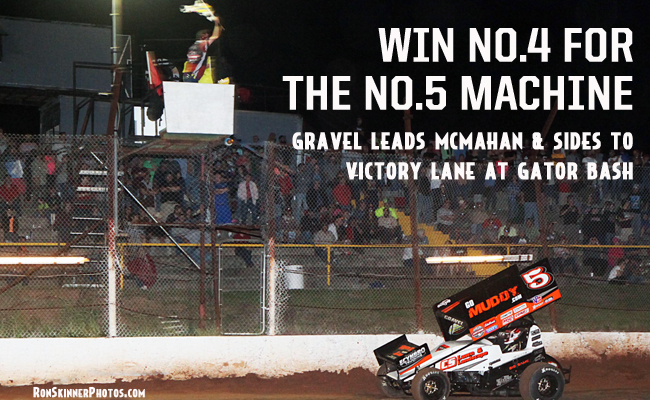 WILLIS, TX — April 14, 2017 — “It is official. David Gravel has cleared the scales in the CJB Motorsports No. 5, headed to Victory Lane!” cried Johnny Gibson over the P.A. at Gator Motorplex Thursday night. This was win number four of the season in the No. 5 machine, and a twentieth career win for Gravel.

He worked hard for this one, starting in ten and working the high side. While Jason Sides started on the pole, with NASCAR driver Kasey Kahne in second, it was Paul McMahan in the lead when Gravel finally took it in lap 30 — and he took it from below. 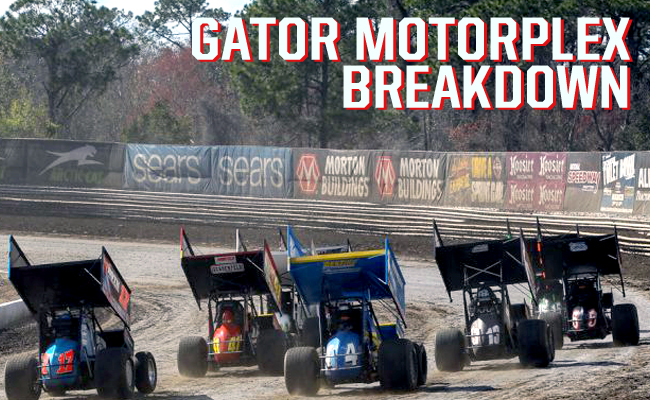 WILIS, TX — February 27, 2017 — The inaugural Gator Outlaw Bash for the World of Outlaws Craftsman® Sprint Car Series at Gator Motorplex in Willis, Texas is this weekend on Saturday, March 4. The event will mark the fifth race of the 90-plus race season for the Outlaws that stretches from February through November. Jason Johnson, who won on opening night this season, looks to add to his previous success at the quarter-mile bullring, which includes a pair of wins. A strong field is expected for the inaugural event at the track, located about 50 miles north of Houston. This edition of The Breakdown sets the stage for the Gator Outlaw Bash at Gator Motorplex, which also along with the World of Outlaws Craftsman Sprint Car Series will see the Southern United Sprints in action.