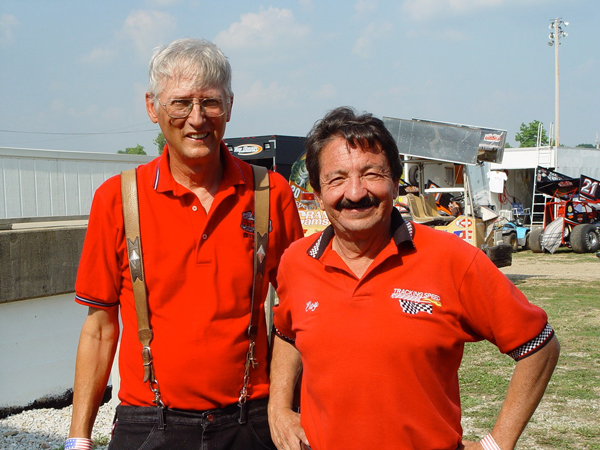 World of Outlaws to Honor the Late B.D. Shafer at The Dirt Track at Las Vegas Motor Speedway

CONCORD, NC – February 27, 2018 – The World of Outlaws Craftsman Sprint Car Series will honor the late Blynn Dale “B.D.” Shafer — who passed away earlier this month, on February 4 — during the FVP Outlaw Showdown at The Dirt Track at Las Vegas Motor Speedway this week, February 28 and March 1.

Shaffer, better known as B.D., spearheaded the implementation of electronic scoring in Sprint Car racing alongside current World of Outlaws Head of Timing & Scoring Eloy Gutierrez. Today, the Series, drivers, teams and fans alike benefit from fast and accurate results as a product of electronic scoring platforms established by B.D. and Gutierrez over the past two decades.

While the World of Outlaws celebrates its 40th anniversary this year, this week marks the 20th anniversary of electronic scoring for the Series. B.D. and Gutierrez first debuted their system at The Dirt Track at Las Vegas in 1998.

Thank you, B.D. You will be missed by all, but your presence remains at every single race.