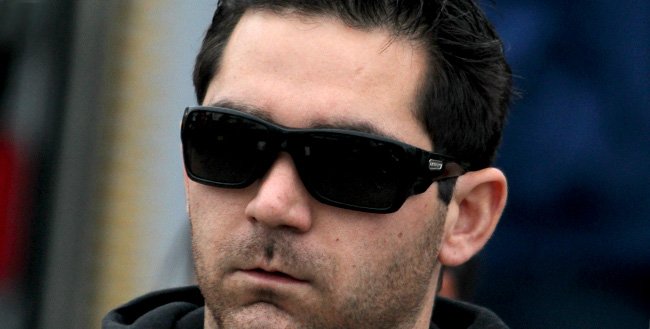 Each week throughout the season we will provide a Q&A with a team member within the World of Outlaws Sprint Car Series. This week we chose Mikey Kuemper, who is the crew chief for Kraig Kinser.

Background: Mikey started a racing career when he was 4 years old, competing in quarter midgets. He won championships in quarter midgets and go-karts before advancing to mini sprints and eventually non-wing sprint cars. In 2003, Mikey had an opportunity to crew for a World of Outlaws team and has spent much of the past decade on the road.

What got you involved in racing?

“It was just a family deal. My dad raced and my aunt raced, and it was just something we went to every Friday and Saturday back in Phoenix. I enjoyed it and it’s a good family sport. It’s something that I love doing.”

How long have you been working with Kraig?

“I worked with him at Tony Stewart Racing for half a year in ’08. And then 2010, I worked with him that whole year when he came back and drove for his dad. Last year I worked on Steve’s (Kinser) car with Scott (Gerkin) and this year I came back to work on Kraig’s car again.” 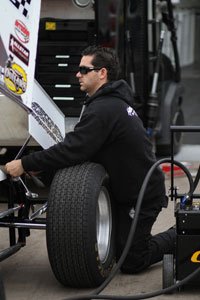 How was the transition from being a driver to a crew member?

“It was hard. The way I wanted to run my race team, I didn’t have the money to do it. It was one of those deals where I was only going to come on the road for a year to learn stuff and go home and race. When I went home I couldn’t find the money like I wanted to race and the racing was kind of fizzling out in Phoenix, so I came back on the road again. I’d love to be behind the wheel racing, but if I can’t race, I want to work on them. It keeps me at the race track and keeps me involved in it all the time.”

Have the Kinsers let you get in a sprint car and hot lap at all?

“When I was at TSR they gave me a non-wing car to go race and Steve, he gave me a car and a motor. I’ve ran it five or six times, went to Eldora (Speedway) a couple of times, went to Attica (Raceway Park) last year with it. They let me go out and play around in it when we’re not racing.”

Do you feel like you are better now as a driver after the experience on the road?

“Watching these guys race every night, they’re professionals. You pick up so much from them by watching them. I raced with them a couple of times at Eldora and Haubstadt, and it’s just amazing how much you can pick up just in a few nights of racing with them; how they drive and how technical they are with stuff.”

What is it like to crew for a Kinser?

“It’s pretty cool. It’s something that I still can’t believe at times that I’m working for the ‘King.’ He’s like a hero. It’s hard for me to talk to him and Scott because I’m so intimidated by them from what they’ve done over the years. I’m getting better with myself talking to them, but it’s one of those deals where it’s a privilege to work with them and be a part of the family.”

What is something that the average fan wouldn’t know being around the Kinsers?

“They think he has an unlimited budget and he actually doesn’t. It’s amazing how much stuff we reuse. If it’s tore up real bad we won’t reuse it. Like the wheels we use year to year and the bolts we reuse if they’re not bad, and just how much stuff Scott makes on his own. He does all the machining, too, and all the motor stuff they have is just incredible. It’s just out of a four- or five-bay garage. It’s not like the NASCAR shops are.”

For more information about Mikey, Kraig Kinser and the team, visit KraigKinser.com. For more on the World of Outlaws, click WorldofOutlaws.com.