It’s been 38 years since the World of Outlaws NOS Energy Drink Sprint Car Series last ran on “The Clay By The Bay.”

On March 6, the long-awaited and highly-anticipated return finally happens.

The conclusion to a Florida doubleheader established by a revised spring schedule, The Greatest Show on Dirt will roll into Tampa’s East Bay Raceway Park on Saturday, March 6 following another go at Barberville’s Volusia Speedway Park on Friday, March 5.

In four plus decades of World of Outlaws history, this 38-year period from February 15, 1983 to March 6, 2020 is the single-longest gap between events for any track in Series history. Over that span, the sport has changed drastically. One thing that has stayed the same, though, is East Bay’s uniqueness.

“Everybody has heard about East Bay Raceway Park,” Schatz said. “They’ve seen the videos and they’ve wondered why the Outlaws don’t go there when we come to Florida, and now we don’t have to answer that question because we’re going.”

Heard about East Bay they had. Although only three of the current 15 full-time drivers had been born before 1983, almost all of them have raced at the track at some point, be it 360 sprint cars or with the All Stars Circuit of Champions. In fact, East Bay is where Schatz met fellow Outlaw and longtime friend Jason Sides back in the 1990’s. 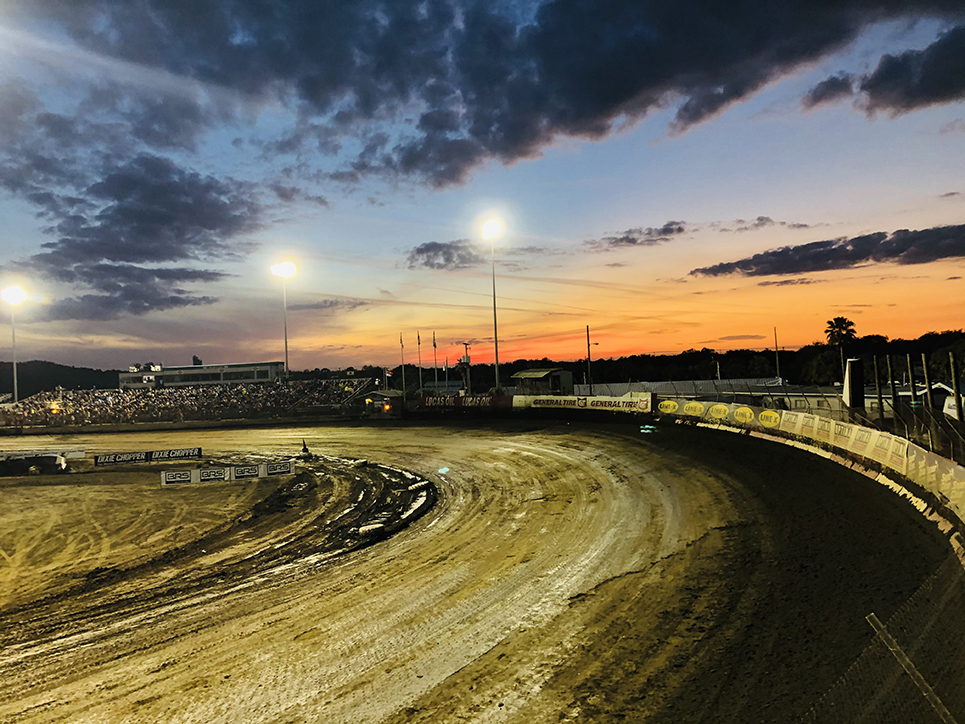 Shuman, of Tempe, AZ, and his gang of original Outlaws were accustomed to East Bay as a mainstay on the calendar each year. From 1979 to 1983, they ran 17 events at the track with multi-day programs each time. While modern day runners get their taste of Florida fun at Volusia, Shuman and his friends Kinser, Swindell, Wolfgang, and others soaked up the sun in Tampa.

“The biggest difference for us back then was we ran without wings,” Shuman noted. “Being in ’79, we were still running wings at some tracks and without at others, and East Bay was a non-wing place. We raced at that place a lot back in the day too, I mean four days a time with qualifying and prelims before the main event. Each year, we loaded up and went to Florida in February. I drove for Kalb there, Stanton, the Ofixco Special, Weikert’s Livestock, lots of owners at East Bay. We always drew good car counts there too.”

The uniqueness of East Bay’s location in Tampa is what has helped make it so special.

“It’s in this tight little area around that industrial park and the bay is basically right there,” Schatz mentioned. “The track has a lot of character, and the surface itself is so unique. You think there’s grip here, but there’s not; then you come around the next lap and you’ve got it. It changes literally lap-by-lap being near the ocean. It’s a unique shape, unique surface and unique facility with a lot of history and heritage.”

“It was definitely funky at times being that close to the water,” Shuman agreed. “I remember some nights, maybe the night I won, it was freezing ass cold, but the next you’d have perfect weather. That stuff really changed the track up. We didn’t really do as much changing with the cars back then, so it was just about getting in and figuring it out behind the wheel.”

A special place specifically for Shuman, his February 9, 1979 victory at East Bay marked the first of his World of Outlaws career. Driving the Mecom Kalb, Firestone #721, The Flyin’ Shu topped Steve Kinser, Johnny Anderson, Lee James and Bob East for the victory. The 2003 National Sprint Car Hall of Fame inductee eventually ended up with 24 Outlaw wins, currently tied with Logan Schuchart for 24th on the all-time wins list.

“That was the year I started driving for [Gary] Stanton on the Outlaw tour, but we weren’t ready to leave that early in the year.” Shuman recalled. “Mecom Kalb had a new Stanton car and I remember we actually missed the show the first night at Volusia and then won that next Sunday at East Bay. From hero-to-zero.”

For Schatz, who was an 18-month old baby when the Outlaws debuted at East Bay in ’79, his first Tampa triumph came just last month in All Stars action aboard the Tony Stewart Racing #15.

“I don’t know that there’s anything specific we can take away,” Schatz noted on learning from last month. “It’s 2021. Everyone has phones, computers, and you can watch the races and see what’s going on. To me, you can have all those things but it doesn’t do you any good until you get on the track and see how your car reacts to the environment. It was a great opportunity to go out and see how the new Ford Performance motor stacked up on the short track. It went well obviously, and now we’ve had some extra time to work on it and hopefully make it that much better for next weekend.” 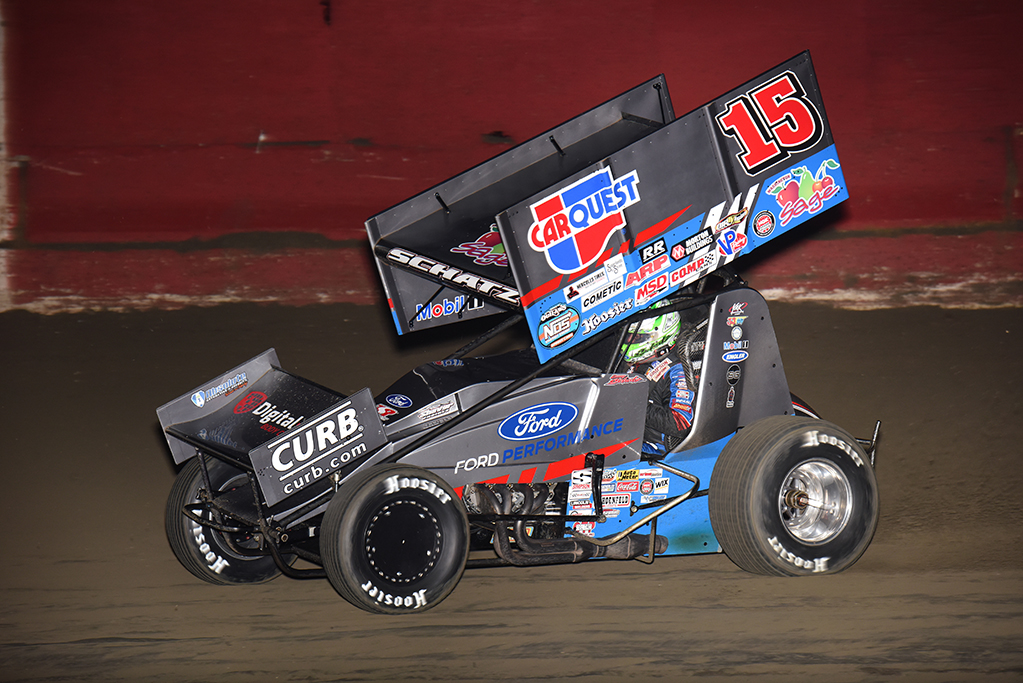 A winless night at Volusia could send the Fargo, ND native into the East Bay return with a chance to nail down his historic 300th career World of Outlaws NOS Energy Drink Sprint Car Series victory at the Tampa, FL facility.