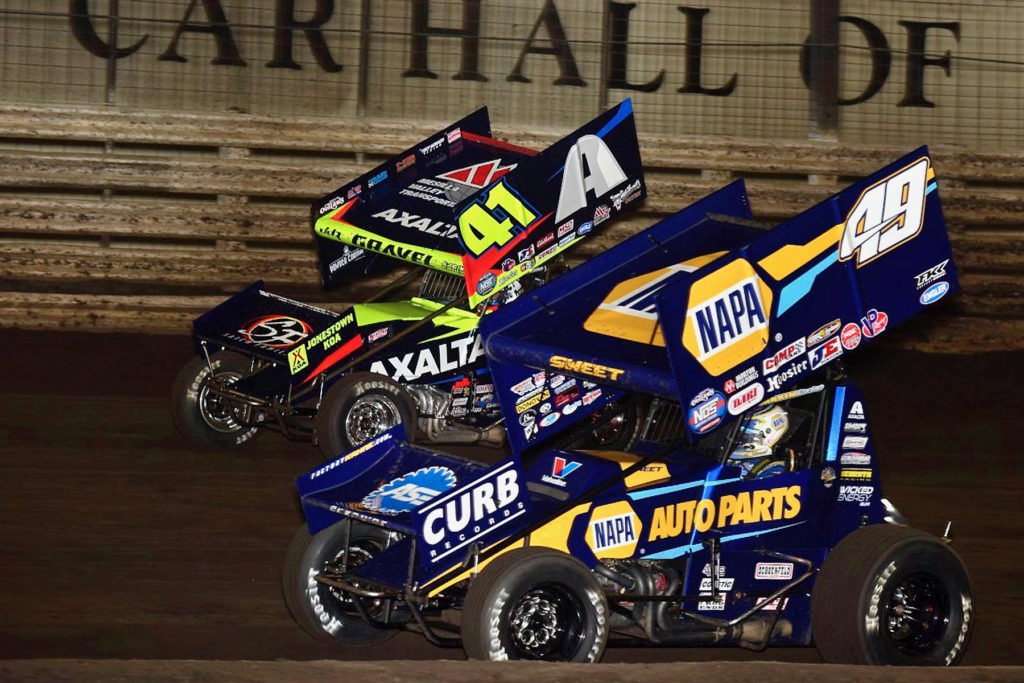 The World of Outlaws NOS Energy Drink Sprint Cars will tackle “The Sprint Car Capital of the World” Knoxville Raceway on Friday, May 8, with arguably the strongest field of 410 winged Sprint Cars front to back ever assembled on one night.

“We’re so excited to Return to Racing, and especially at a place as welcoming and comfortable as Knoxville, in such unusual times,” said Carlton Reimers, World of Outlaws Series Director. “The goal has never been to be the ‘first’ back to racing, but to work to be the ‘best.’ We hold ourselves and our teams to high standards. Everyone at Knoxville Raceway, Marion County and even at Governor Reynolds’ office, have been working so hard to make this event as safe as possible.  With the best teams in the country loading up and the grader hitting the track, we can finally start to think about the racing.”

Although no spectators will be allowed at the event per State guidelines, the race will be broadcast live on DIRTVision, the world leader in live streaming. Fans can receive a 20% discount on any new FAST PASS all-access subscriptions or single-event pay-per-view purchased prior to 7:59 am ET on Thursday, May 7, using voucher: RETURNKNOXVILLE when entering their payment information. Existing DIRTVision subscribers will receive a commemorative gift.

NASCAR stars with dirt track roots, Kasey Kahne and Kyle Larson, will be returning to the track along with Australian natives living stateside Brooke Tatnell, Lynton Jeffrey and the Madsen brothers, Kerry and Ian.  Ollie’s Bargain Outlet All Star Circuit of Champions title holder Aaron Reutzel and Bumper-to-Bumper IRA Outlaws Sprint Series Champion, the Northpole Nightmare, Bill Balog will be on hand carrying the flag for their respective series.

“I never thought this would be how I’d be defending my 2019 World of Outlaws championship,” Brad Sweet said. “Of course, after winning the 2018 Knoxville Nationals, I’m pretty excited to be returning to Knoxville to jump start the 2020 season.”

One week later on Friday and Saturday, May 15-16, the stars of the World of Outlaws Morton Buildings Late Model Series will make their debut at Federated Auto Parts Raceway at I-55 in Pevely, MO. Two-time Champion Brandon Sheppard will have his work cut out over two nights as he continues the defense of his crown.  Both nights will be broadcast live on DIRTVision and as always, FAST PASS subscribers can watch Every Race Live across both series for just $39/month.