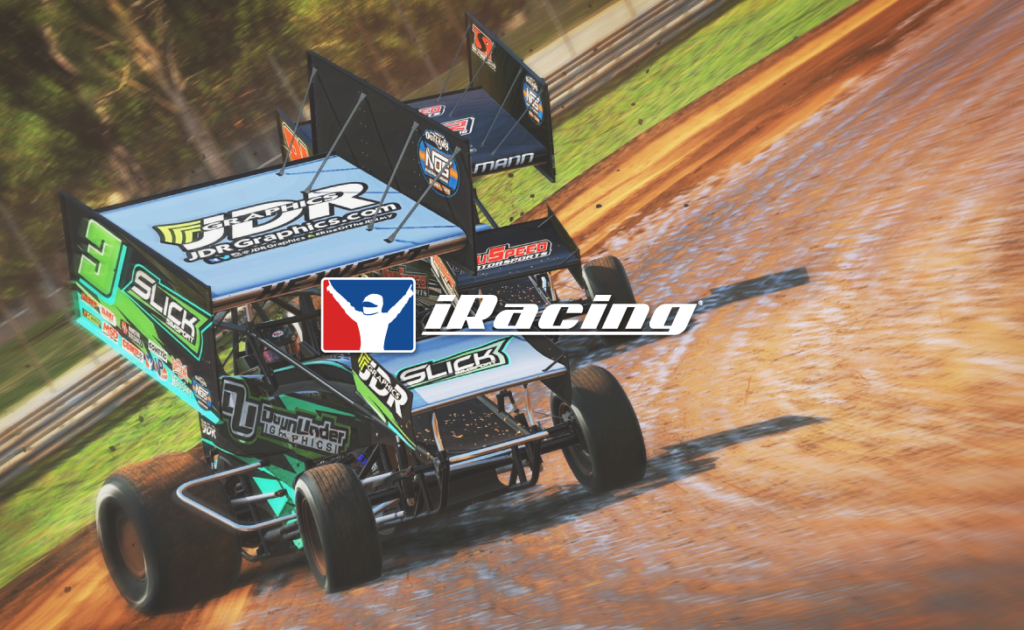 The result of this year’s iRacing World of Outlaws NOS Energy Sprint Car World Championship may have been the same as last year—Alex Bergeron taking the championship—but the path to get there was dramatically different.

Last season, the Team ABR driver seemed almost untouchable, winning half of the races on the 10-event calendar and locking up the title with little doubt going into the season finale. The 2020 campaign, however, was anything but a sure thing for the Quebec native, and could just as easily have ended in tears at The Dirt Track at Charlotte with an ill-timed DNF.

Of course, the start of the season did nothing to foreshadow just how close the battle would be. For the second year in a row, Bergeron came out en fuego at Volusia Speedway Park, winning the race handily after qualifying first and leading every lap of his heat. But Swindell SpeedLab Esports’ James Edens returned fire the next week in the series debut of Lernerville Speedway, and Bergeron could only muster sixth place after having to work his way out of the last chance qualifier.

From there, the fight was on.

It wasn’t until the fifth round of the season at Limaland Motorsports Park that the series saw a repeat winner, and it was Edens holding off Bergeron who became the first to accomplish the feat. In fact, Edens’ four victories (the next two coming in the second Volusia race and at Williams Grove Raceway) were the high water mark for the 2020 season, ahead of Bergeron’s three. Unfortunately, a pair of 19th place finishes in the Volusia and Lernerville events he didn’t win proved harmful to Edens’ championship hopes, and he ended up third in the standings.

Instead, Bergeron’s biggest challenger for the title late in the season was Slick Simsport’s David Heileman, the 2019 Charlotte winner and perhaps sprint car racing’s premier specialist on iRacing. While the Heilemaniac couldn’t muster a return to the top of the box during the 2020 season, his six top-fives and nine top-10s matched Bergeron on both counts. The duo also had their share of run-ins in the second half of the season, including last-lap contact at Williams Grove that left Heileman fired up going into the Charlotte finale. Unfortunately for him, though, the top three points finishers all found each other in the running order and finished 4-5-6, preventing anyone from gaining meaningful enough points on Bergeron to steal the title.

One other thing did remain consistent with the first two seasons of the series, though: five different names parking it in the winner’s circle. Slick Simsport’s Dylan Houser ensured that streak would remain alive by dominating the Charlotte finale, joining Bergeron, Edens, Dillon Semmelmann, and Braden Eyler as this year’s race winners. Semmelmann, Eyler, and Houser each scored their first career victory during the season.

Once again, the top 15 drivers in the series will retain their licenses to compete for the series title in 2021. That list includes all of this year’s race winners, plus promising series rookies like Cameron Merriman and late model crossovers like Kendal Tucker, Tyler Ducharme, Tyler Schell, and Blake Cannon. Alex Smolders fell just four points short of knocking Cannon out of the final guaranteed spot, while other drivers on the outside looking in include two-time 2018 race winner Nick Cooper and defending eNASCAR champion Zack Novak.

World of Outlaws fans looking for more iRacing action need not wait too long. The iRacing World of Outlaws Morton Buildings Late Model World Championship kicks off at Volusia on June 22, with many of the same names that ran up front in sprint cars set to challenge for wins once again. As always, the races will be streamed on the iRacing eSports Network on Monday nights at 9PM ET/6PM PT. For more information on iRacing and for special offers, visit iracing.com.

WHAT TO WATCH FOR: Southeast tripleheader on tap for World of Outlaws