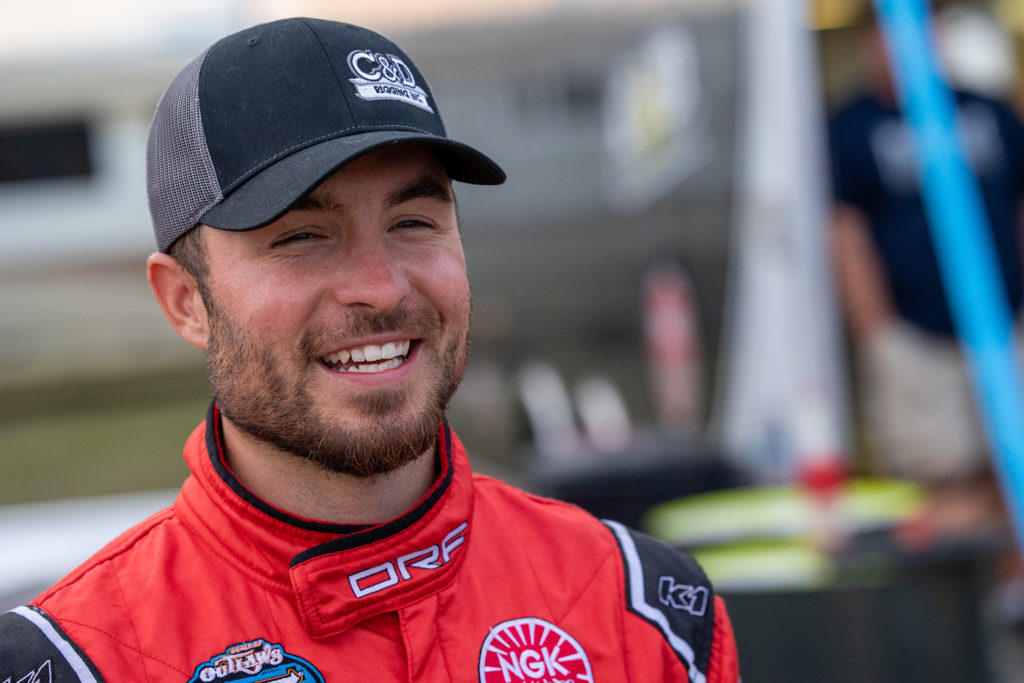 In a matter of one year, Logan Schuchart and Shark Racing went from battling for a championship to fighting for fifth in the points.

It’s not ideal, but it’s the nature of the beast. More importantly, it’s a step along the way to bigger and better things.

You see, the Hanover, PA native isn’t sweating it. He’s bummed they aren’t competing for the ultimate prize in the World of Outlaws NOS Energy Drink Sprint Car Series, but nonetheless, he knows the Drydene Performance Products #1S is actually better this year than last.

A big 24-pack of bad luck and a whole heap of ill timing is what has hindered their performance last year. When you look closer at the numbers and beyond the unfortunate DNF’s, Schuchart has actually racked up career-high numbers with 37 top-five finishes and 58 top-10 results this season.

The good news for Schuchart and the Shark squad is that 2021 isn’t over just yet. They’ve turned a corner over the final few months and returned to the form they expect of themselves. With momentum into 2022 on the line, they’ll cap this year at arguably their two best tracks.

It’s Devil’s Bowl Speedway tonight for the $20,000-to-win Texas Outlaw Nationals, a venue that Schuchart owns a two-race winning streak at. Next week, the NGK/NTK World Finals go to The Dirt Track at Charlotte, another facility where he’s a multi-time winner. Fans can BUY TICKETS HERE.

“I definitely feel like we’ve been better this year,” Schuchart said. “Last year we would run sixth or seventh at places that I was uncomfortable at to stay in the points, but now we’re going back and contending for wins at those tracks. But I think what hurt us the most is falling out or getting caught in a crash at the tracks we’ve always run well at. If we can fix up those DNF’s we’ll be fine.”

A six-time winner this season, Schuchart has still found time to rack up big-time victories. He scored a DIRTcar Nationals title to start the year, banked $50,000 at the AGCO Jackson Nationals in June, and became the first Pennsylvanian in almost 30 years to win California’s Gold Cup.

“It was up and down more than anything,” Schuchart continued. “Our summer was the toughest part. We just couldn’t catch a break, but that’s how it goes sometimes. We’ll keep going and fighting for more wins. This last part of the season has been good to us.”

After snapping a 24-race drought, Schuchart got rolling with three wins over five nights in September. It was that run that catapulted him back into the top-five of points in his battle with Sheldon Haudencshild.

With only one week left in the season, Texas’ Devil’s Bowl Speedway and North Carolina’s The Dirt Track at Charlotte is all that’s left. Both are venues that Schuchart owns multiple wins at with The Greatest Show on Dirt.

“For whatever reason, Charlotte has always been good to us,” he noted on the season finale. “It’s one of those tracks that we have always run well at. I miss going in May, but the World Finals is an epic atmosphere. The Late Models are with us and all of the folks at Drydene come out to cap off the season.”

If you can’t make it to the track, you can watch Schuchart take on all remaining World of Outlaws events live on DIRTVision – either online or through the DIRTVision App.