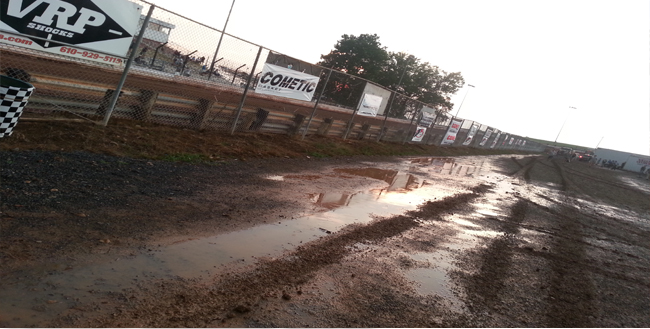 MECHANICSBURG, Pa. – July 19, 2013 – Rain has forced World of Outlaws STP Sprint Car Series and Williams Grove Speedway officials to cancel the opening night of the two-day Summer Nationals event. Showers moved into the area mid-afternoon yet the track crew was able to get the surface ready for racing on-time before another round of showers drenched the track, bringing an end to any attempt to race Friday night on the historic half-mile in central Pennsylvania.

The Outlaws return to Williams Grove on Saturday night for the previously rain-delayed Morgan Cup event. The Morgan Cup is a sterling silver traveling trophy that resides each year with the organization represented by the driver who wins the A-main. In the first two years, the trophy was won in a dash on behalf of the World of Outlaws STP Sprint Car Series by Steve Kinser and Jason Sides.

Tickets and arm bands for Friday’s event can be used towards Saturday’s race, and for more information including the full rainout policy at Williams Grove Speedway, click www.WilliamsGrove.com.